Alone In A Dark Alley 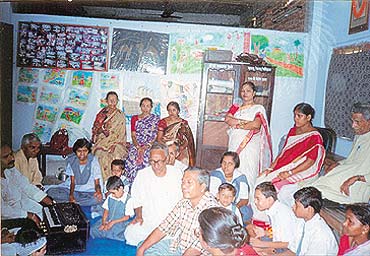 outlookindia.com
-0001-11-30T00:00:00+05:53
Kanailal Datta should have put his feet up and led a relaxed retired life. Instead, at 82, he still finds the energy to run Haripada Biswas Pratibandhi Vidyalay (HBPV), a school for the physically and mentally challenged children at New Barrackpore, a Calcutta suburb. The school has been around for the last nine years.

HBPV is the only special school in the area. Before it was set up, Kanailal, a former teacher himself, and his friends decided to understand the needs of special children. A door-to-door survey in New Barrackpore and adjoining areas revealed that most special children never had the opportunity to go to school. Some came from very modest economic backgrounds and couldn’t afford expensive special schools in the city.

Kanailal approached the state government’s education department for academic affiliation and funding in 1996-97. But no help was forthcoming. However, Kanailal didn’t give up. He met teachers and special educators. His team also trained at the Indian Institute of Cerebral Palsy, to understand the...