Allahabad To Prayagraj: The Politics Of Name Change 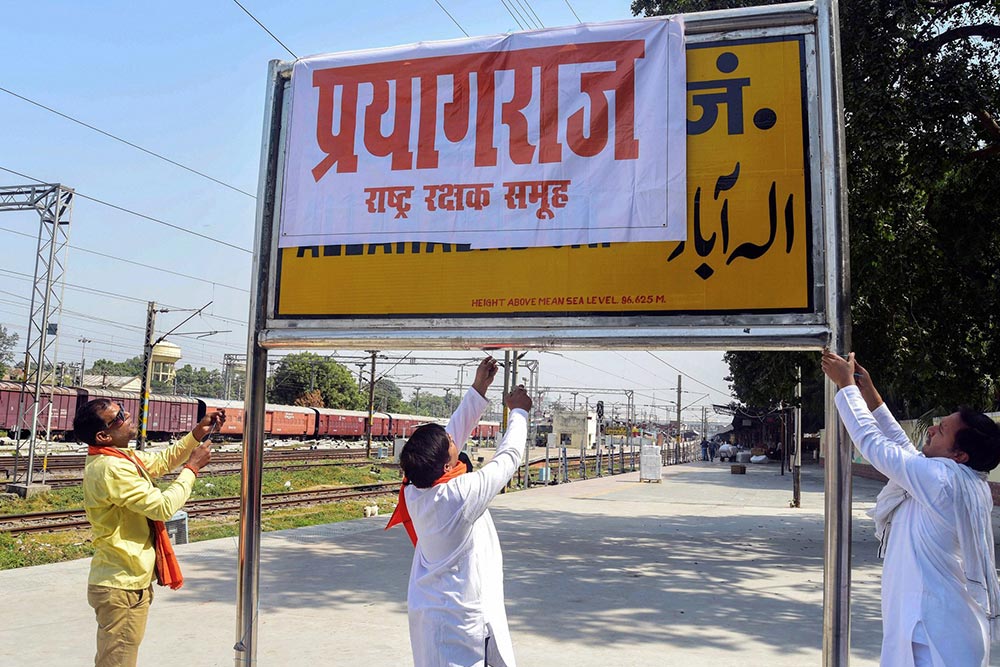 Shakespeare be damned, the rose would never smell as good by any other name. Not for India’s right-wing. Not till the 2019 general elections, at least. Across India, in most BJP-ruled states, governments are changing names of cities, streets and railway stations, stripping hundreds of years of history to “reclaim” Indian culture and heritage. It’s as simple as that. Soon after the BJP-led government came to power in 2014, ‘ghar wapsi’ dominated the political discourse as Hindu fringe groups went about reconverting Muslims to their “original” faith, allegedly even forcibly. With the country set for the 2019 Lok Sabha polls, now the spotlight has veered towards ‘naam wapsi’.

While the phenomenon of changing names of cities is not new, the raison d’étre is definitely different. Major cities were earlier renamed to wipe out signs of the British Raj—Bombay became Mumbai, Madras changed to Chennai, Calcutta became Kolkata and Bangalore was renamed Bengaluru. The reason given by BJP leaders for the...