“All Of Us Are Feeling Sad”

Jail staff didn’t mind the man given to books, poetry 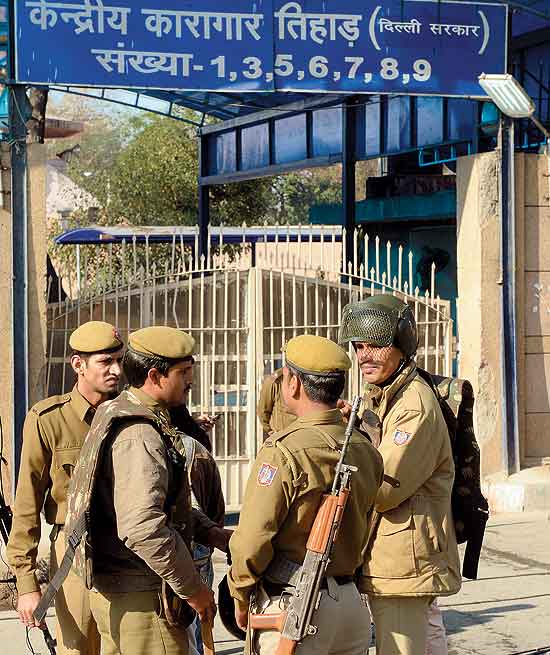 Friday, February 8, was like any other day for Afzal Guru. He had dinner with his fellow prisoners who were in the six other cells of Jail No. 3 in Tihar jail. All of them were Kashmiri Muslims, and would meet thrice a day for their meals. This had been Afzal’s routine for the eight years he had been kept in isolation as a prisoner on death row. This Friday was no different. The men chatted as usual while they ate. There was no special food for dinner and Afzal had little inkling that it would be his last.

On a regular day, Afzal and other prisoners would be let out of their cells at 5.30 am to offer prayers. On Saturday morning, however, as Afzal walked towards the cemented open space in the compound, the guard informed him that he’d have to offer his prayers alone. Afzal turned and walked towards another block. Once he finished his prayers, he was told his mercy petition had been rejected and that his execution would take place some two hours later.

Jail authorities say he was very calm and did not say anything at first. Then he asked for a pen and...