If better sense doesn't prevail, we shall find ourselves in a tyrannical world order such as humanity has never known. 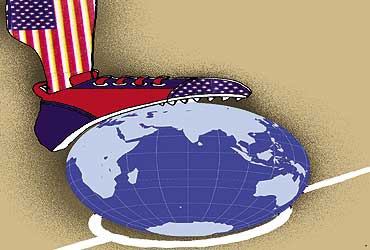 outlookindia.com
-0001-11-30T00:00:00+05:53
Three weeks ago, when the New York Times disclosed detailed plans drawn up by the Pentagon for a physical invasion of Iraq, the Bush administration took great pains to reassure the world that these were only contingency plans and that the government had taken no decision as of now to invade Iraq. However, a spate of articles by members of various Washington think-tanks, published in the Times, The Washington Post and other newspapers since then, shows that this is not true. On the contrary, in Washington it is now common knowledge that the Bush administration has all but made up its mind to launch an air-cum-ground attack from bases in as many as eight neighbouring countries most probably in January. Typical of such writing is an article by Robert S. Kagan of the Carnegie Endowment for Peace. It takes an invasion of Iraq and the physical removal of Saddam Hussein as inevitable and concentrates on warning the US administration that it can't simply 'bug out' after a few months or a year, leaving the job of 'putting Iraq back together again to the United Nations or to...