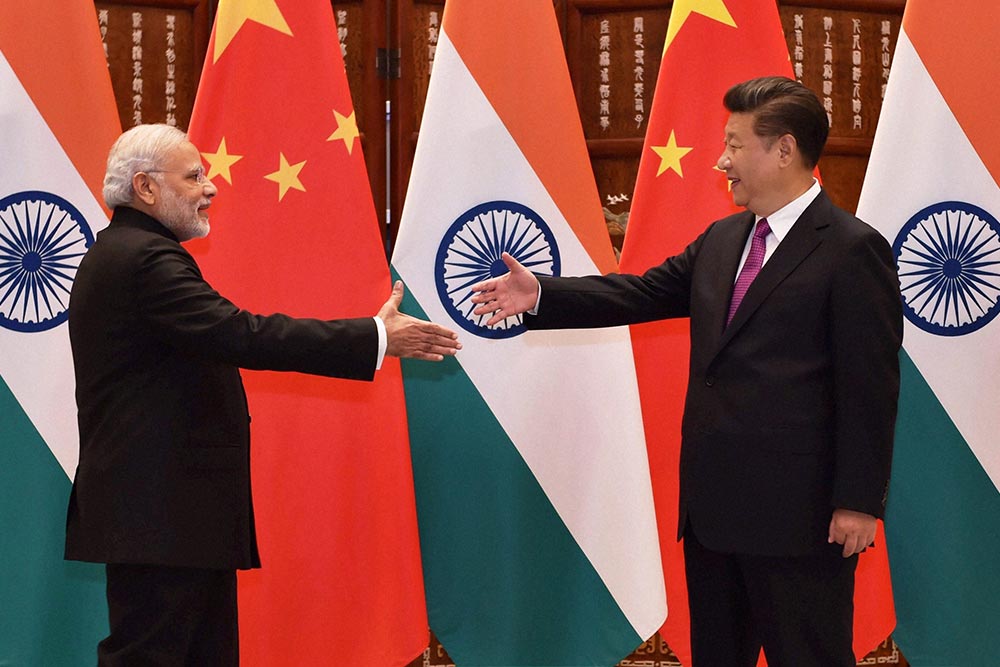 PM Modi, President Xi are to meet during the SCO Summit in Qingdao, China
Photograph by PTI
Pranay Sharma March 08, 2018 00:00 IST All Hands Aboard

As the Chinese Communist Party amends its constitution for Xi Jinping’s emergence as its most powerful leader since Mao Zedong—forcing the outside world to take note of this extremely significant development—the leadership in New Delhi too, keeping the new ground reality in mind, has begun to make necessary adjustments in resetting its relations with the Middle Kingdom.

A serious attempt is being made by the Narendra Modi government to move away from the strains that plagued Sino-Indian ties for the better part of last year, culminating in the Doklam crisis—the longest military stand-off between the two neighbours since the Samdorong Chu crisis in 1987—to move to a more cordial engagement with China.

Indian defence minister Nirmala Sitharaman is likely to visit China later this month—a visit at this level from New Delhi after two years—to hold talks with senior members of the Chinese government and military for reviving the Confidence Building Measures agreed between the two sides to ensure a calm and  stable...