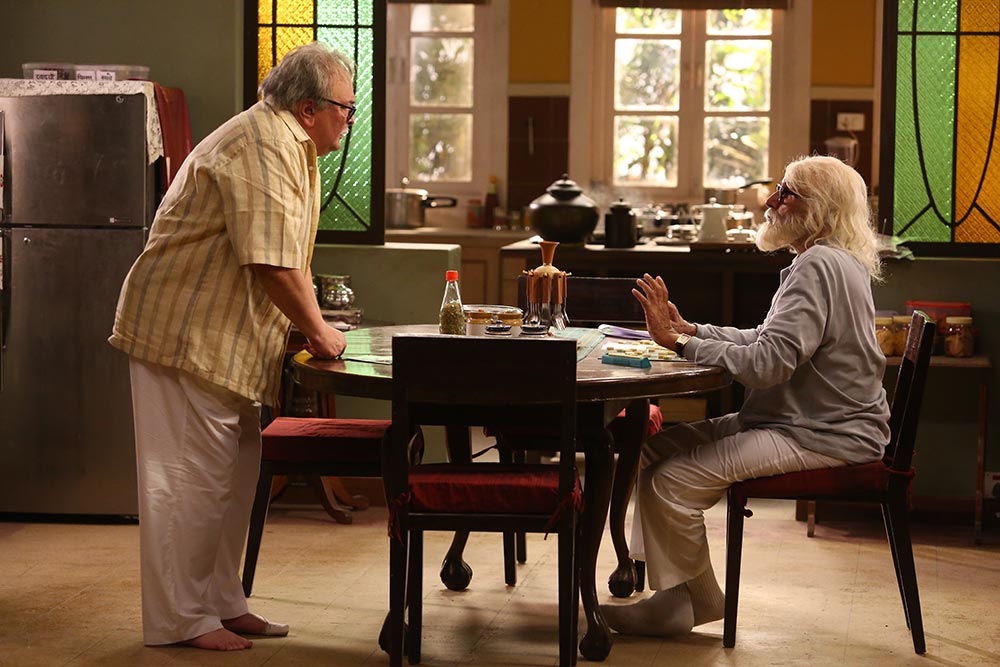 Old B & Son
Rishi Kapoor and Amitabh in 102 Not Out

An industry perennially obs­e­ssed with youth since its inception, Bollywood has always put a shelf life on its stars. True, the ageism the Hindi film ind­ustry shows towards heroines is more blatant, with careers of alm­ost two generations of actresses fitting in a typical male star’s career span, but the industry’s heroes have also found themselves on the gloomy side of fame and business once the post-50 phase hits, and not for lack of trying. The industry’s reputation of being a veritable graveyard for aging actors, regardless of their talent or variety in repertoire, has only consolidated over the decades.

But things were changing too; around the turn of the millennium, a superstar who had fallen from the heights of fame stopped signing B-gradish actio­n-­romance kitsch opposite much younger actresses and let the greying take over. And there was indeed wisdom in it. Amitabh Bachchan rebranded himself like never ­before, reassuring fans, most of whom must have been ageing in equal measure, that old was perhaps ok...perhaps...