Ahead of Polls, Yatras, Dharnas And War Of Words In Andhra

As pre-poll mudslinging heats up in AP, the ­YSRCP’s padayatra makes a mark 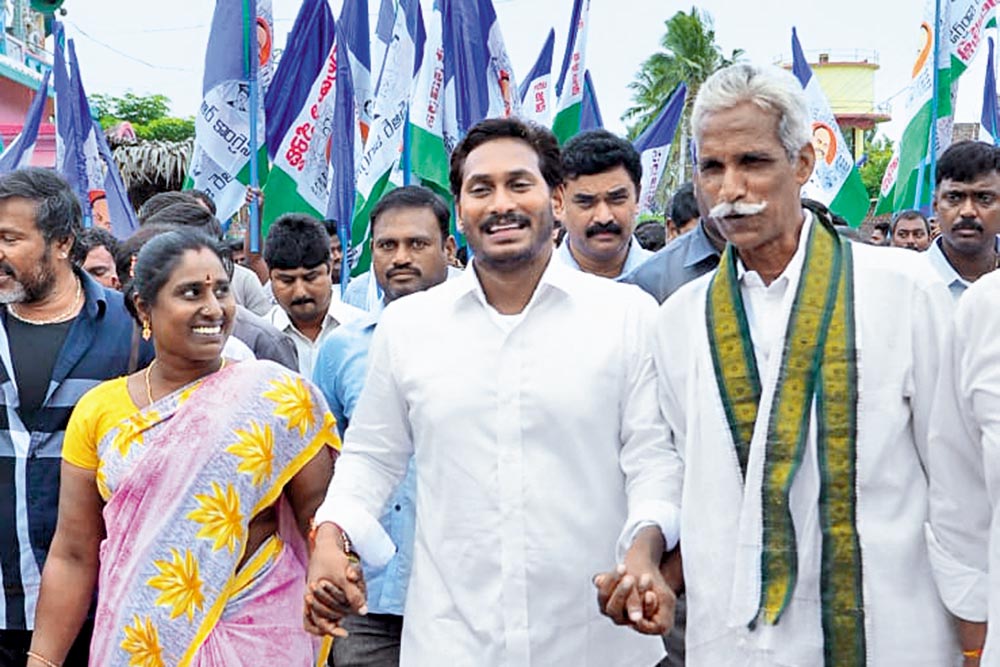 The election bugle in Andhra Pradesh has been sounded. The battle lines have been drawn. The verbal artillery is laying down direct fire all around, causing much amusement and leaving a bad taste in the mouth. Elections to the state ass­embly are tentatively scheduled to be held simultaneously with the general elections next year. And political parties in Andhra Pradesh have already gone into a pre-poll overdrive, with a bitter war of words ­currently in progress.

YSR Congress Party (YSRCP), leader Y.S. Jaganmohan Reddy—who draws huge crowds wherever he goes—is on a pad­ayatra across the state, and the party is holding agitations and dharnas over unf­ulfilled promises of the ruling Telugu Desam Party (TDP) government, the most important being a commitment to obtain special category status (SCS) for the state. Furthermore, the TDP had promised to waive farm loans amounting to Rs. 10,000 crore.

Realising that Andhra Pradesh did not meet the criteria for SCS, the BJP had promised to compensate its then ally, the TDP, with a Rs...