Imran, Qadri hem in on the Sharif regime as the army stands tall 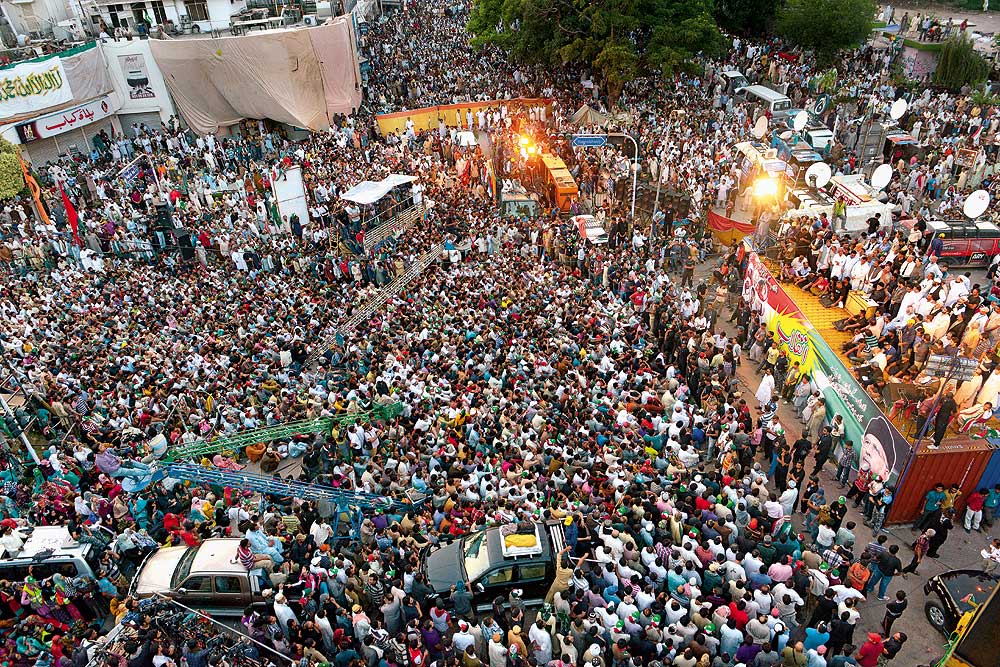 After days of fevered expectations, then a week of unprecedented protests by tens of thousands that clogged, and shut Islamabad down, a political endgame beckons Pakistan’s capital. As the mammoth protests by Imran Khan’s Pakistan Tehreek-e-Insaf (PTI) and cleric Tahirul Qadri’s Pakistan Awami Tehreek (PAT) were somewhat attenuated in their inevitable drift towards talks with the Nawaz Sharif-led PML(N) government, many almost felt as if Punjab was being partitioned a second time. Pakistanis with visas can at least cross over from Lahore into Amritsar, but getting into Islamabad from the garrison town of Rawalpindi remains an impossible task.

The two protagonists of the massive showdown—both have been summoned to appear before the Supreme Court over the weekend to explain the protests—have different styles. While Qadri’s tired egalitarianish oratory is being tolerated by officialdom, Imran and his followers are a more potent threat. PTI men have mastered the art of hooliganism—they have besieged Parliament, and its leaders have...