'After He Has Gone, We Have Only Him To Talk About': Major Sandeep Unnikrishnan's Parents 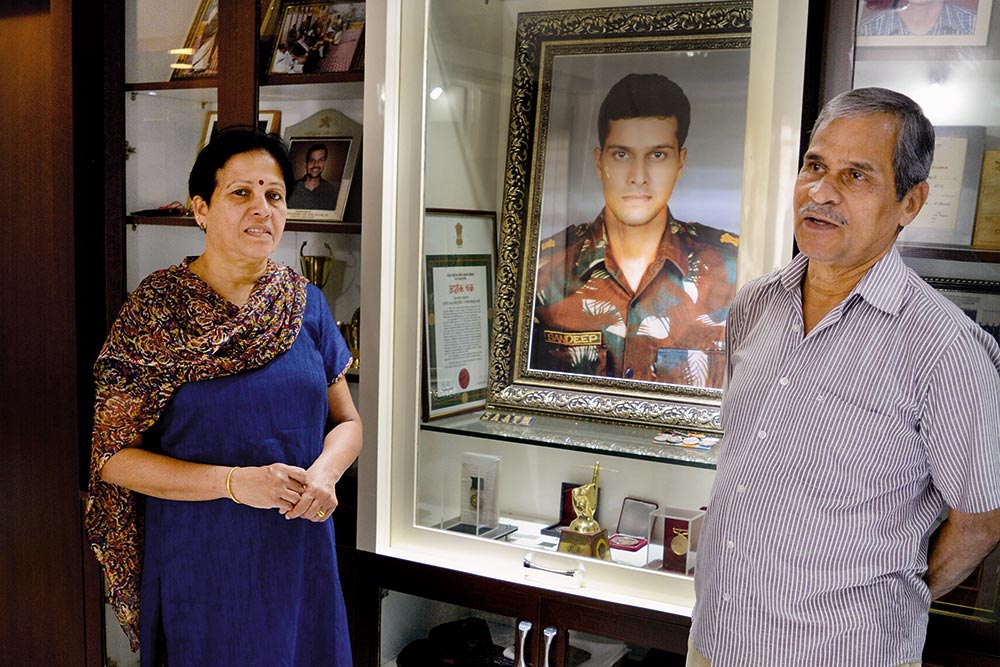 Photograph by Ajay Sukumaran
Ajay Sukumaran November 15, 2018 00:00 IST 'After He Has Gone, We Have Only Him To Talk About': Major Sandeep Unnikrishnan's Parents

The suburban housing layout in Bangalore into which the Unnikrishnans moved in around 2006 is a quiet, vacant locality. They had built the house after K. Unnikrishnan, who worked with ISRO, retired. “We loved it here. We were happy till 2008,” says his wife C. Dhanalakshmi, 66. That’s when life took a turn. Over these 10 years, Major Sandeep Unnikrishnan’s parents have grown used to spending a large part of their time travelling to events or meeting people. A few months ago, they were in Kerala to speak at a school, despite Dhanalakshmi’s nagging backache. “I will go and speak as long as my health permits,” she says. She has so much to share with people about her son. “After he has gone, we have only him to talk about.”

Upstairs in their two-storey home is a gallery, a labour of love for their son. “He would keep his things very carefully. So we were wondering what to do with them. And that’s how we created this,” she says. There’s an astonishing collection of personal articles and memories,...