The ‘semi-finals’ went to the Congress, rousing it from four years of gloom. Its colours now reappear in heartland India, hitting the BJP in its own stronghold: 2019 looks a more open game now. 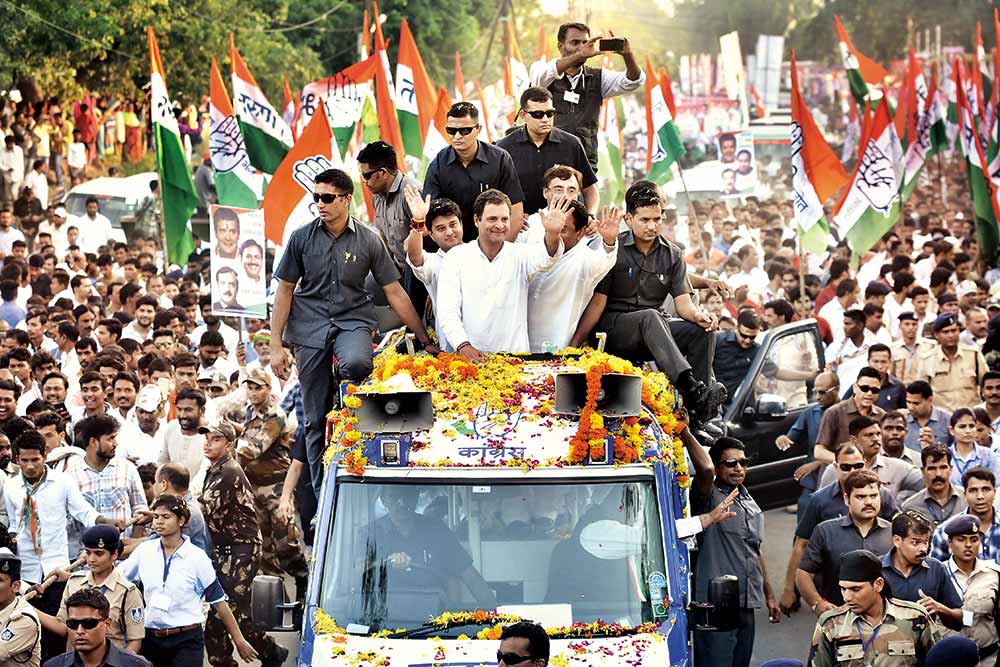 Celebrations had become a rare occurrence at the Congress headquarters, especially on a counting day. A resigned air of gloom, and formulaic words of courage that even the speaker did not seem to believe, had become second nature in the party. This mood—a kind of defeatism, in both literal and figurative senses—had set in even before the ‘Tsunamo’ of 2014, when the party was reduced to 44 seats in the Lok Sabha, and settled over the Congress like a thick, murky winter smog that would neither leave nor allow any clear vision out of it. Like a fallen pugilist still haplessly receiving punches, it bore silent witness to its footprint shrinking across the map. Even as late as March 2017, it sat paralysed as the BJP took three states—Goa, Manipur and Meghalaya—where the Congress had actually been the single largest party. Punjab, a victory with a strong local imprint, was almost the exception that proved the rule. Indeed, the political project of its prime opponent was to create a Congress-free polity, and the party ­almost seemed to be a...