Why the rage against the Irish government is misplaced 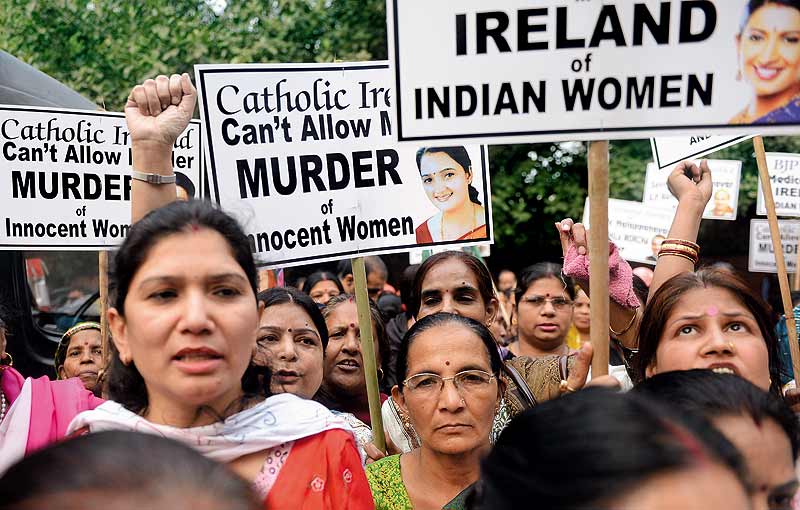 Last week, someone who knew I’d been a journalist asked me, “Why do we make such a fuss about a five-buck increase in petrol prices, and not about education or infrastructure or health?” That “we” must necessarily be taken to refer to the Indian upper middle class—and the upper-middle-class media.

The clinical murder of Savita Halappanavar in a Galway hospital on October 28 is a new cause celebre for us to take up (“us”, as with “we”). Certainly, the Irish law is an ass, but is its stupidity cause enough to summon the Irish ambassador and make a quiet diplomatic row? The Republic of Ireland is bound to resist any such pressure, just as India refuses to bow to Italy in the matter of the two marines who shot the Kerala fishermen without warrant.

What are we doing, though, about the tens of thousands of Indian women who die in childbirth for want of adequate medical attention, and the millions of children who are unlucky enough to survive their births to spend deprived and malnourished and therefore useless...