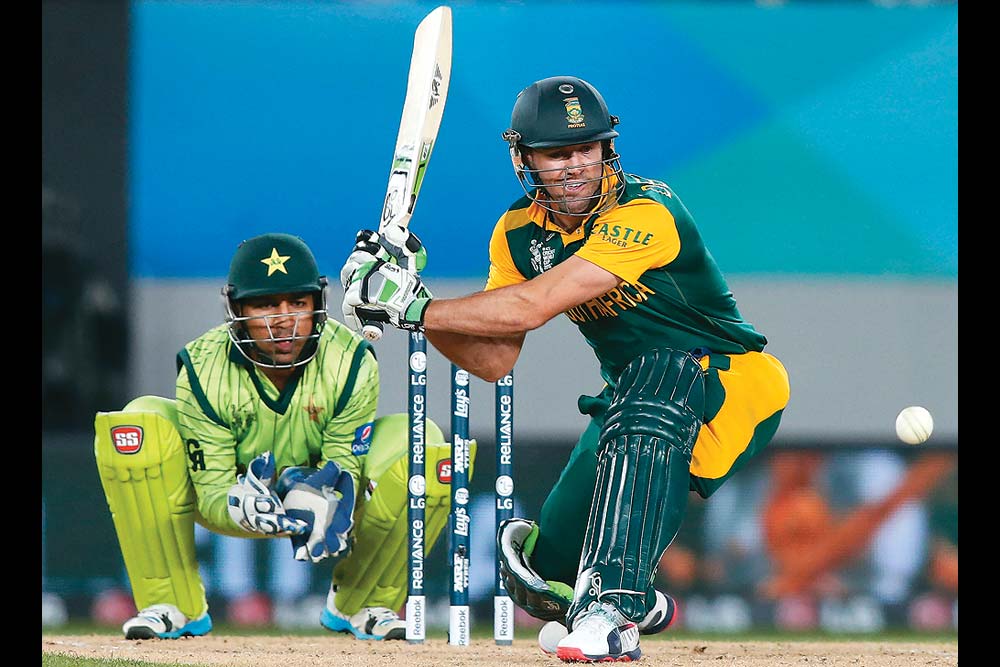 Even in a tournament containing some of the biggest hitters in the game, Abraham Benjamin de Villiers, 31, stands out. He has not merely used the grammar of the game to compose its fastest innings; he has altered the grammar itself. He is a fabulous original.

When Sachin Tendulkar made one-day cricket’s first double century, it was a triumph of the straight and narrow rather than a hosanna to the frenzied flummeries of the shorter formats.

De Villiers has gone beyond the manual and the manic. He is the game’s first post post-modern batsman, the first 360-degree player, as capable of hitting a fast bowler over his head onto the sightscreen as of swinging him over the wicket keeper’s head onto the other sightscreen. To do what he does requires a combination of factors: fitness, flexibility, eye, ball sense, lightness of foot and heaviness of bat. Against Sohail Khan in the Pakistan game, he got into position so quickly, he actually played a straight drive to midwicket. His positional play is as rich and as varied as that of a grandmaster’s in...