Fails to measure up to what it is inspired from — the most famous 'death' film, Anand. 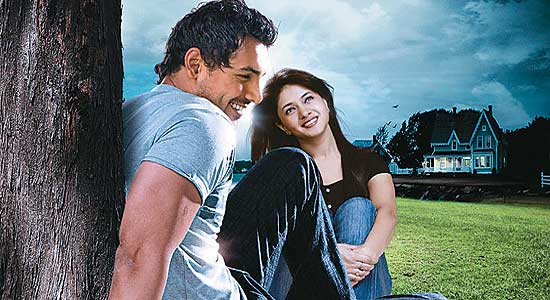 Nagesh Kukunoor’s Aashayein has been in the making for a long while and so the biggest fear was that it might look dated. However, that has been taken care of by the cinematographer; it has been shot well enough (with nice play of light and shadow) not to seem passe. What lets it down big time is the content itself.

The film is on the terminally ill; how they come to terms with their mortality and await death. At 35, John makes good enough money from betting on cricket to live happily ever after. But then lung cancer slips in and the writing is clear on the wall—that he has only three months to live. He decides to leave a loving girlfriend and home and heads to an ashram. Rest of the tale is...