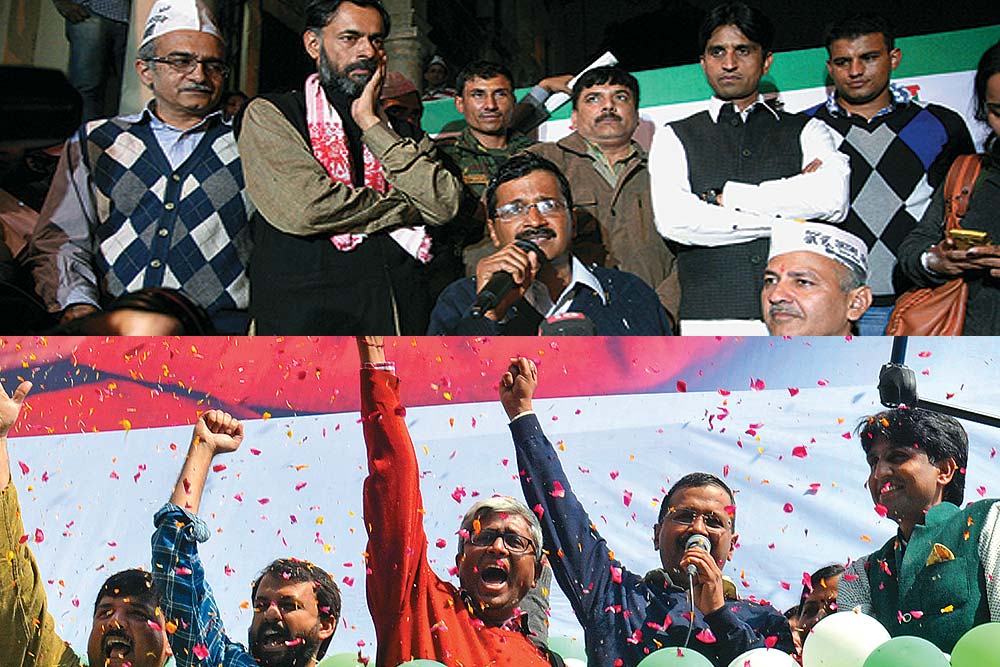 On the morning of March 4, there was remorse on Twitter. The night before, the shouting brigade of the Aam Aadmi Party (AAP), led by Ashish Khetan and Ashutosh, was demanding answers from party seniors Prashant Bhushan and Yogendra Yadav. Khaitan had earlier tweeted: “Father, son daughter trio of Shanti, Prashant and Shalini wanted to have a vice-like grip on party....” But that morning, he apologised and offered to delete the tweets. It was also learnt that Prashant had sent a message to AAP chief Arvind Kejriwal that morning and was awaiting a response. Was conciliation in the air? But in the Kejriwal camp, ahead of the crucial national executive meeting of the party, the mood was belligerent. Nineteen members of AAP’s highest decision-making body turned up; 11 voted to boot Prashant and Yadav from the political affairs committee (PAC), eight were for keeping them. They had to go. Here’s how it all unfolded.

Until a year ago, Prashant, Yadav and Kejriwal projected a yaari that had struck a chord with the public. These leaders were different and...