It wasn’t the best magazine around, but it kicked the butt of formula. And that was that Weekly’s secret of success. 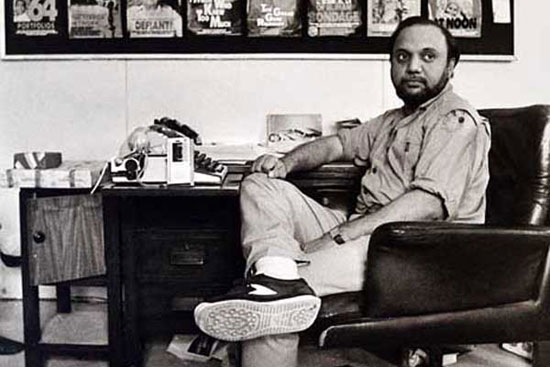 Courtesy: pritishnandy.com
Pritish Nandy November 02, 2015 00:00 IST A Weekly Fix Like No Other

I never wanted to be a magazine editor. Or, for that matter, even a journalist. In my list of priorities, poetry came first, second and third. A remote fourth was being a professional boxer. But that is another story.

No, I did not fare badly in school. But I hated studies and was always looking for a way out. There was no Peter Thiel then to fund an excited teenager eager to do more exciting stuff with his life than cram boring textbooks. So I had no opt­ion but to go to college. Even though I was a National Science Talent Scholar (which, in those days, meant a monthly scholarship of Rs 50 to pay college fees and buy second-hand textbooks), it took me less than a year to chuck up Presidency College and start a job as an office boy in an electrical spare parts shop on 14, Bentinck Street. I made tea by day. At night, I wrote poetry. My first book appeared as I turned 17.