A Turn In The Caste Table

Reverse-engineering the BJP strategy, the SP-BSP are back on the offensive 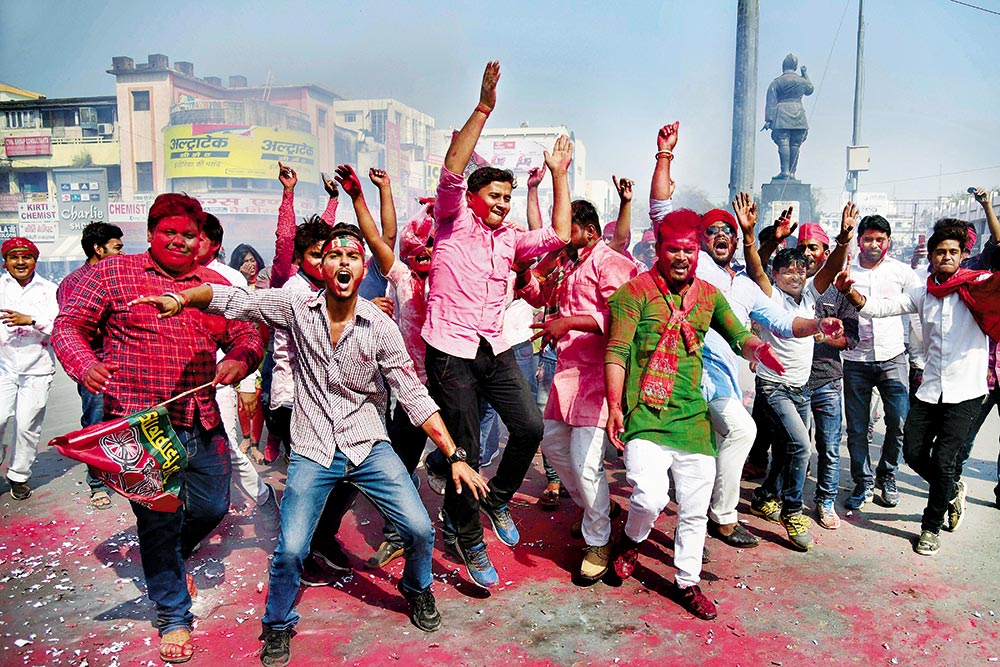 A Riot In Colour
Samajwadi Party supporters celebrating in Allahabad, UP
Photograph by PTI
Bhavna Vij-Aurora March 16, 2018 00:00 IST A Turn In The Caste Table

After the repeated, humiliating defeats of 2014 and 2017, BSP supremo Mayawati and SP chief Akhilesh Yadav set aside 25 years of acrimony for coming ­together to beat the saffron ­party at its own game. The results of the Gorakhpur and Phulpur byelections have validated the SP-BSP partnership and shown that if they stand together, the complicated caste equations can work in their favour, giving the ruling BJP a tough time. BJP president Amit Shah had taken the art of stitching together of caste combines to an almost scientific level. It served the party well in the 2014 general elections and, after some tough lessons from the Bihar debacle of 2015, again in the UP assembly polls last year.

This time, the SP-BSP strategy—to disrupt the BJP’s caste calculus—was evident in the choice of candidates. For Gorakhpur, Akhilesh chose Praveen Kumar Nishad, son of Dr Sanjay Nishad, who founded NISHAD (Nirbal Indian Shoshit Hamara Aam Dal) in 2016, representing the OBC community of boatmen—a large section of the state’s population and the second...