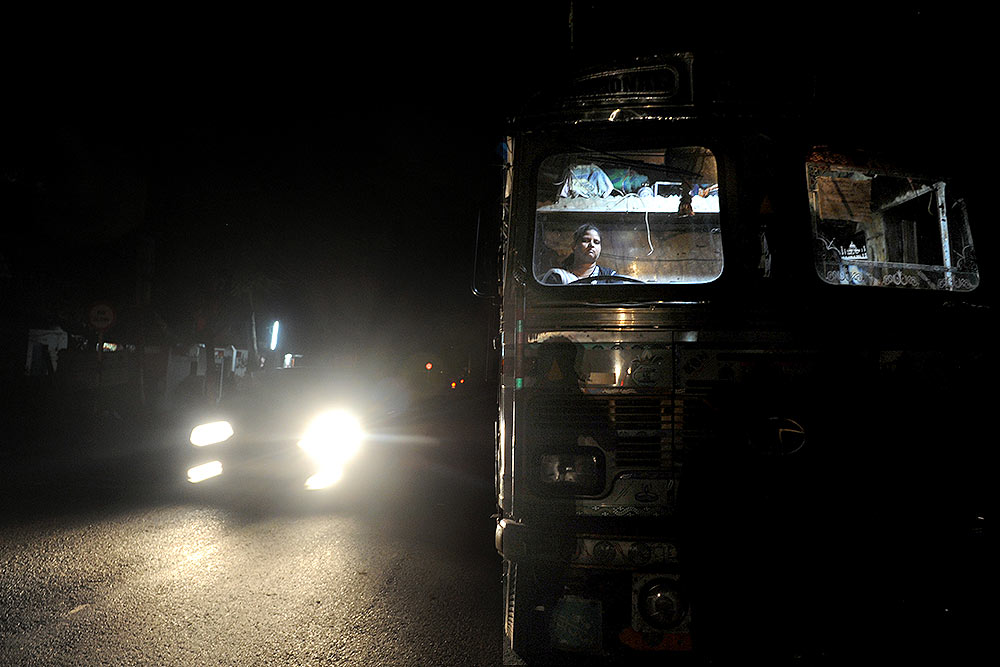 “First gear,” shouts the commander, sitting astute on the co-passenger’s seat. The lieutenant kicks down the clutch, and pushes the gear, propelling the ten-wheeled giant ahead. Tabassum Ali, the first woman in India to drive such a monster, dressed in summer uniform—a crisp kurta-paj­ama, a dupatta tied deftly across one shoulder—can handle the vehicle well. But her father, Shabeer Ali, still gives her driving tips when he’s occupying the navigator seat. She glances at her boss as the overloaded carrier screams to be shifted to the next gear, the pounding of its cylinders increasing at a crescendo now. “Can’t you see it needs the next gear,” barks her father. “We have to get the consignment today”. Suddenly the motor comes to a screeching halt as the truck, she has named it Sherni, slumps to one side. There is a puncture in one of those huge tyres.

For Tabassum, it’s just another hurdle in a busy day. The 28-year-old from Mandla in Madhya Pradesh drives trucks for a living, for at...