A Tragic Exit From Social Death

In spite of his continuous victimization, Rohith Vemula did live a life of the mind that militated against the caste of the mind. 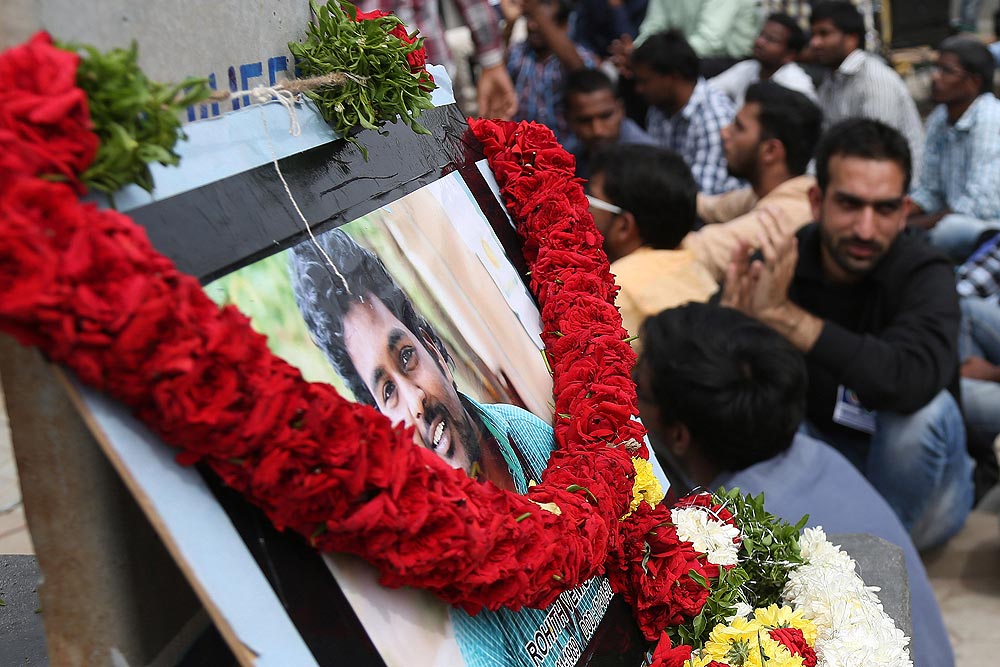 Let me start with what might be seen like an overstatement, that Rohith Vemula’s tragic death marks an exit from the larger phenomenon of social death that Dalit students and teachers face through everyday forms of discrimination and worse, humiliation.

In the Indian context, social death gets defined in terms of the social stigma that Dalits, particularly students, are forced to silently suffer. The social stigma acts in stages. First it seeks to reduce a person or a group to a repulsive or undesirable other and then cancels out the severed other from all forms of human civilizational interaction.

It has been our general experience particularly with the institutions of higher learning that the ‘stigmatised other’ gets produced through active as well as passive forms of social boycott.

An active mode involves imposition of social sanction mostly by the pre-modern authority such as caste. And hence the social boycott imposed by public authority on the five Dalit students, including Rohith, is unknown to any modern penal system. Curiously,...