A Tragedy For Mr Byomkesh

Police detectives are still probing Aabesh’s death, as Calcutta pricks its ears up at hints of a power hush-up 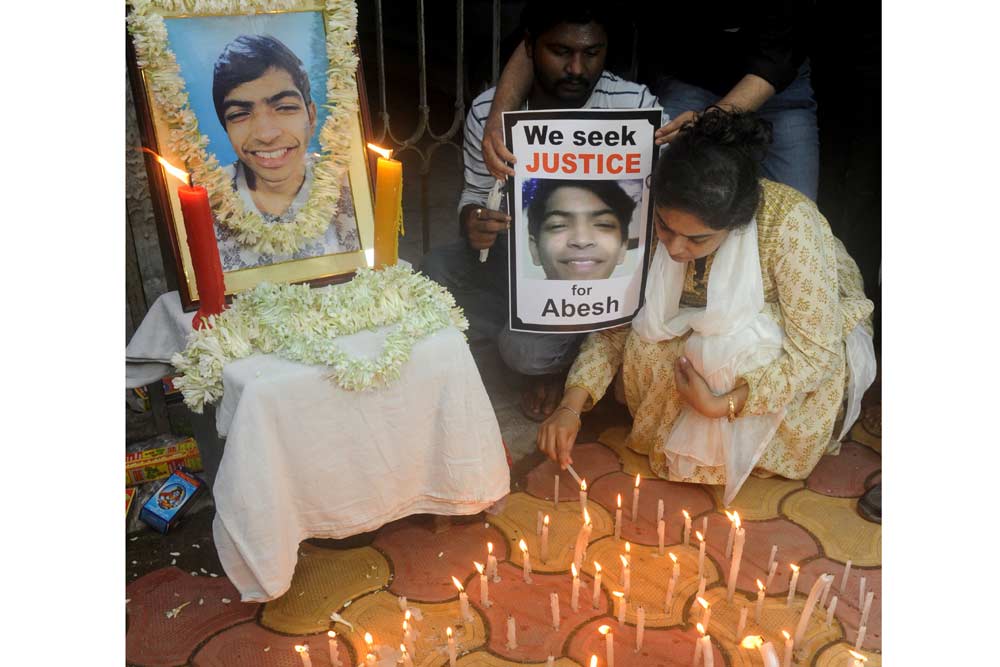 Way To a Tragic End

The whiff of a scandal, hint of a teenage crush and a swirling mystery involving businessmen, politicians and cel­­ebs have cast a shadow on the untimely and tragic death of a 17-year-old boy and keeping Calcuttans riveted.  The teenager, a class XII student of an elite school, was found bleeding in the parking lot of a well-known housing complex in posh Sunny Park in Ballygunge...