A Tale Of Two Kashmiris

Omar Abdullah is free, but Yasin Malik could be in for a long haul 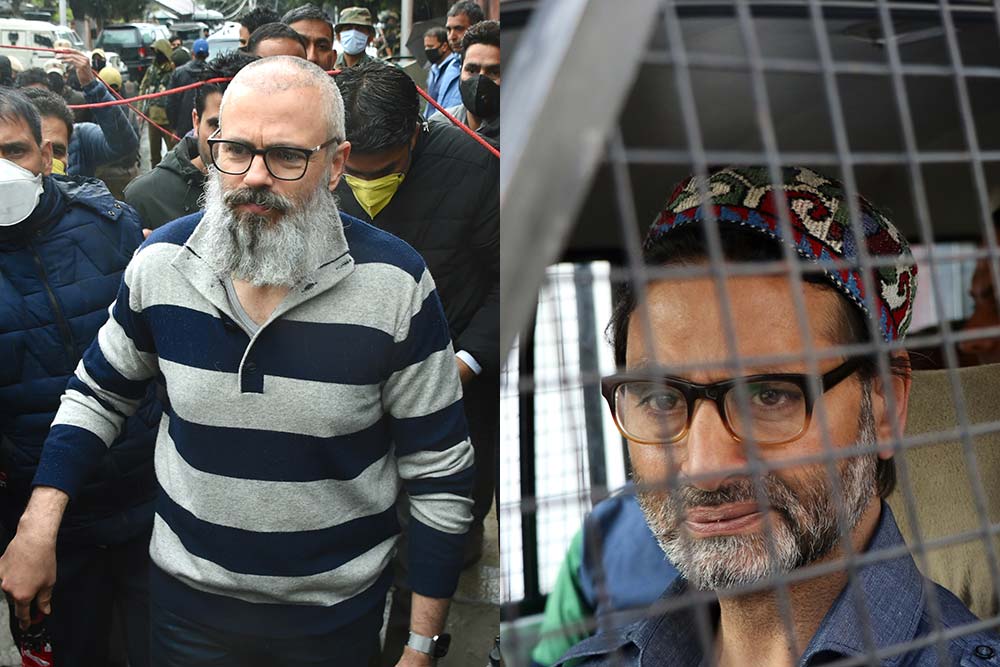 It was quite a sight outside the Hari Nagar guesthouse near former CM Omar Abdullah’s official residence in Srinagar on March 24. Surrounded by people wearing masks due to the Covid-19 pandemic, the National Conference leader stepped out of the guesthouse where he had been detained for 232 days. He was sporting the white beard he had vowed not to shave until his release. In his first post-release tweet, Omar said it is “a very different world today to the one that existed on August 5, 2019” when J&K was put under lockdown to prevent unrest following the abrogation of Articles 370 and 35-A.

Days before Omar’s release, a TADA court in Jammu framed charges against Jammu Kashmir Liberation Front chairman Yasin Malik and six others in a case involving the killing of four air force personnel in an attack by militants in Srinagar on January 25, 1990. The framing of charges three decades after the CBI filed the chargesheet in August 1990 could mean a long haul in jail for the former militant currently held in Delhi’s Tihar Jail in connection with...