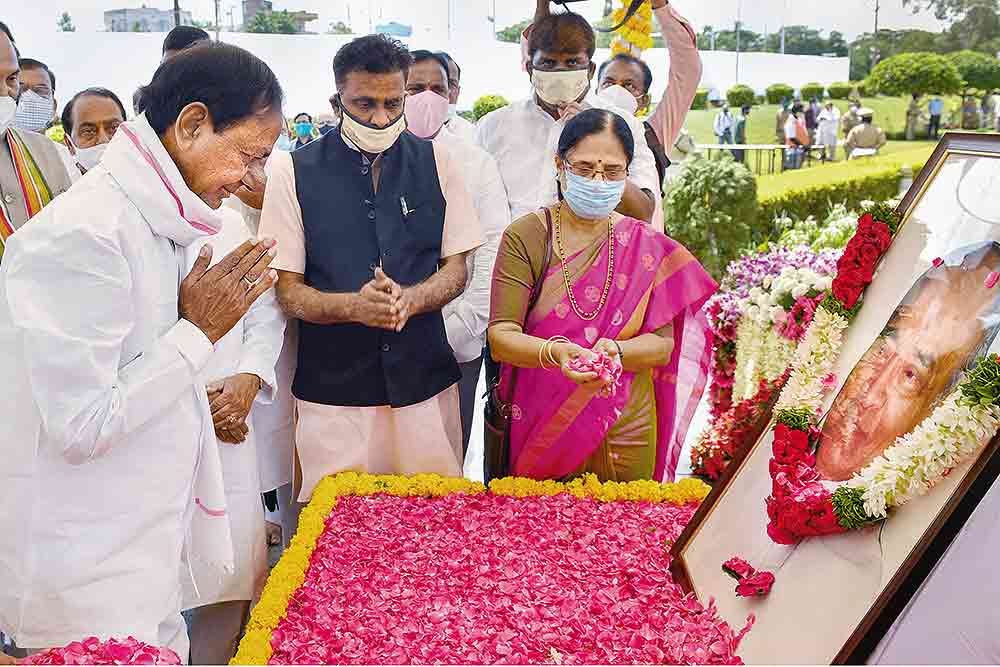 The Telangana government led by CM K. Chandrasekhar Rao has decided to pass a resolution in the state assembly asking the Centre to consider conferring the country’s highest honour—the Bharat Ratna—to India’s ninth PM Pamulaparthi Venkata Narasimha Rao. “This is the least we can do as Telanganites for PV, our most valuable gift to the nation. After all, he was the second leader from outside the Nehru-Gandhi family to become PM,” says Telangana Rashtra Samiti secretary-general Dr K. Keshava Rao, a Congress veteran and PV’s close follower, who has been entrusted by KCR with the responsibility of overseeing the year-long birth centenary celebrations of Narasimha Rao that began on June 28.

Narasimha Rao and then finance minister Dr Manmohan Singh are famously associated with unleashing the liberalisation-privatisation-globalisation process, also called economic reforms, in the early 1990s. KCR, who would not miss out on honouring a son of the soil like Narasimha Rao, perhaps didn’t want to displease the Congress by seeming to...