A Statesman Is Born

India is unable, and the US unwilling, to make Pakistan pay a price for terrorism. The only way out—make Kashmiris want to stay. 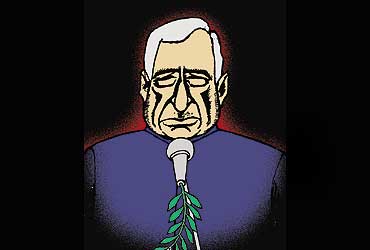 outlookindia.com
-0001-11-30T00:00:00+05:53
Mufti Mohammed Sayeed's first visit to Delhi as Jammu and Kashmir chief minister could not have been better timed. The defeat of the National Conference in Kashmir's first demonstrably free election may not have surprised those familiar with the evolving politics of the state. But it certainly knocked the wind out of the government agencies on whom the home ministry depended exclusively for advice and information. What followed was a frantic scramble to reorient their thinking and predict what the defeat of the National Conference and the installation of a PDP-led government would mean for national security.

To no one's surprise, the agencies highlighted the links that the PDP had maintained with various Kashmiri nationalist groups, and the presence in it of politicians who were known to be close to the separatists. It also issued dire warnings to the decision-makers in New Delhi about the threat to India's security that the Mufti government could pose. These were triggered above all by the PDP's avowed intention of winding up large parts of the repressive regime that had...