A State Of Two And A Half CMs

The scramble to the top in post-Jayalalitha Tamil Nadu gets curiouser, throwing up possibilities such as a mid-term change of chief minister 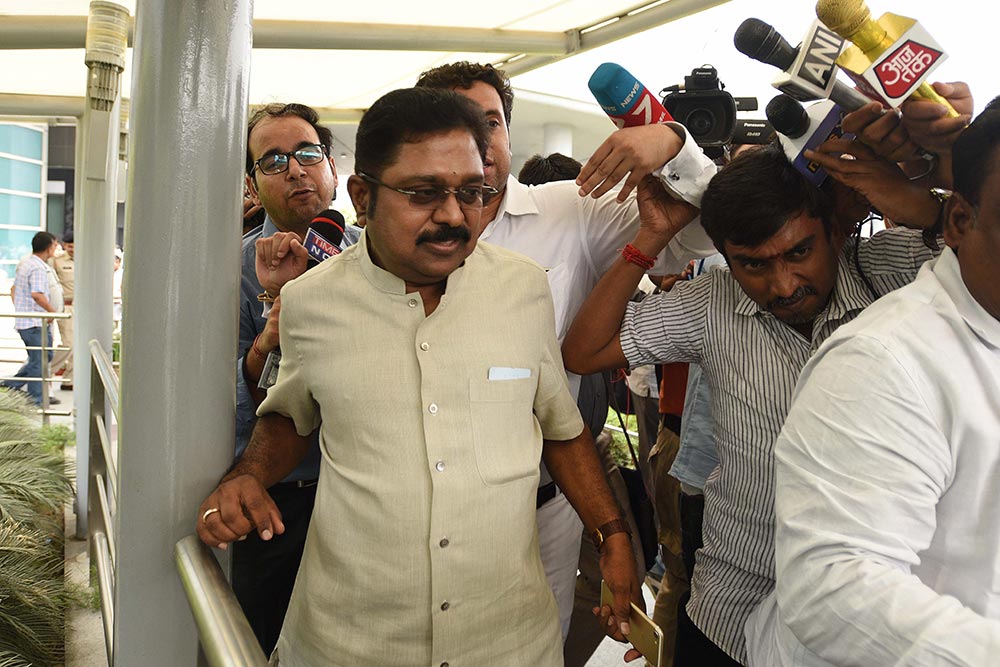 Round-1 Flop
Dinakaran’s bid to ­become CM was cut short by his arrest
Photograph by Getty Images
G.C. Shekhar June 08, 2017 00:00 IST A State Of Two And A Half CMs

In the one year since Jayalalitha’s reelection in May 2016, Tamil Nadu has seen three chief ministers—she, O. Panneerselvam (OPS) and E.K. Palaniswami (EPS). It even had a chief minister in waiting—V.K. Sasikala, Jayalalitha’s aide who became Chinnamma and then tried to become CM, only to end up in jail. Now the state is all set to have ‘half a chief minister’ in the form of T.T.V. Dinakaran.

The political churn witnessed by ­Tamil Nadu since Jayalalitha’s death in December 2016 has now thrown up a new political offering—a third faction of the AIADMK led by Dinakaran, deputy general secretary and Sasikala’s nep­hew. Dinakaran’s game plan to have his own set of loyalists as ministers has not found favour with chief minister EPS and the two are on an eyeball-to-eyeball confrontation. An unfazed Palanisw­ami has called a session of the Assembly on June 14, confident that no AIADMK MLA would dare to undermine his government as that might lead to a mid-term election that no one wants to...