A Spoonful Of Dissent

Why can't our leaders learn to offer—and accept—constructive criticism? 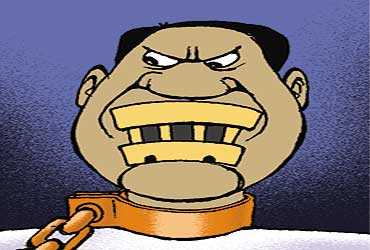 outlookindia.com
-0001-11-30T00:00:00+05:53
Disset is the lifeblood of a healthy democracy. It is as invaluable as it is inevitable. But not everybody chooses to express dissent. Only the brave and the bold do. Most people prefer the less dangerous option of expressing dissent through silence. But as British parliamentarian Edmund Burke said, "All that is necessary for the triumph of evil is for good men to do nothing."

The maturity of a democracy is revealed not merely in the quality of dissent but in the establishment's response to it. As in the US following the rise of the neo-cons to power, so too in India with the rise of the BJP, dissent is scorned. Views contrary to the majoritarian are deemed anti-national. And so the self-appointed custodians of Indian patriotism and Hindu nationalism dismiss rather than discuss, abuse rather than argue, deride rather than debate. Every weapon, from the internet to word-of-mouth, is used to malign, poison and attack those who don't conform. This ceaseless jet stream of vicious vitriol wears down many critics, precisely the motive of the bombardment. But in the end it matters...