A Secret Ballot At The Box Office

The success of Rajnikanth’s latest film, Kaala, will be vital for his political ambitions 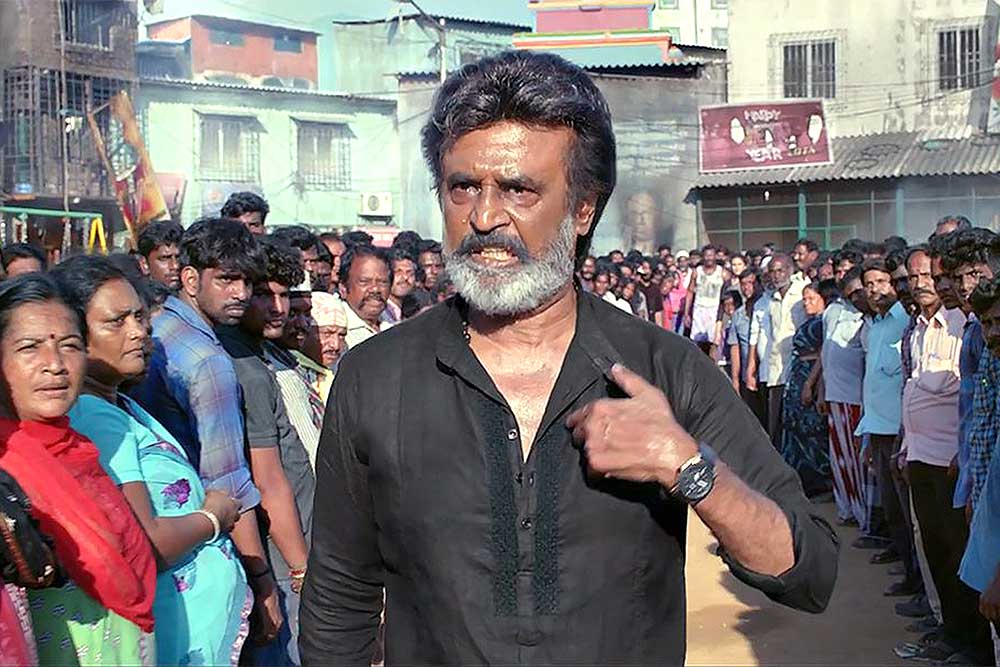 His Only Weapon
Rajnikanth gives a rousing speech in Kaala

“Our bodies are our only weapons. Gather everyone, we will agitate.”

—Rajnikanth as Kaala in the movie’s trailer

“Protests after protests will only reduce Tamil Nadu to a graveyard. Industries and trade will hesitate to invest here. Our youth will not have any jobs.”

—Rajnikanth after visiting those injured in the Thoothukudi police firing.

A state awaits its hero’s utteran­ces with bated breath—and rec­eives only conflicting signals. Rajnikanth the film hero wants his people to agitate, but his pol­itical avatar warns them not to protest too much. “Which Rajni do I follow?” is a real doubt that has racked the minds of his millions of fans.

Though his larger-than-life personality and heroism on screen have been shaped by the ‘punch’ lines he delivers in his films, Rajnikanth had always advised his fans to stay grounded. “What I do in movies...