A Scary Cort Of Bliss 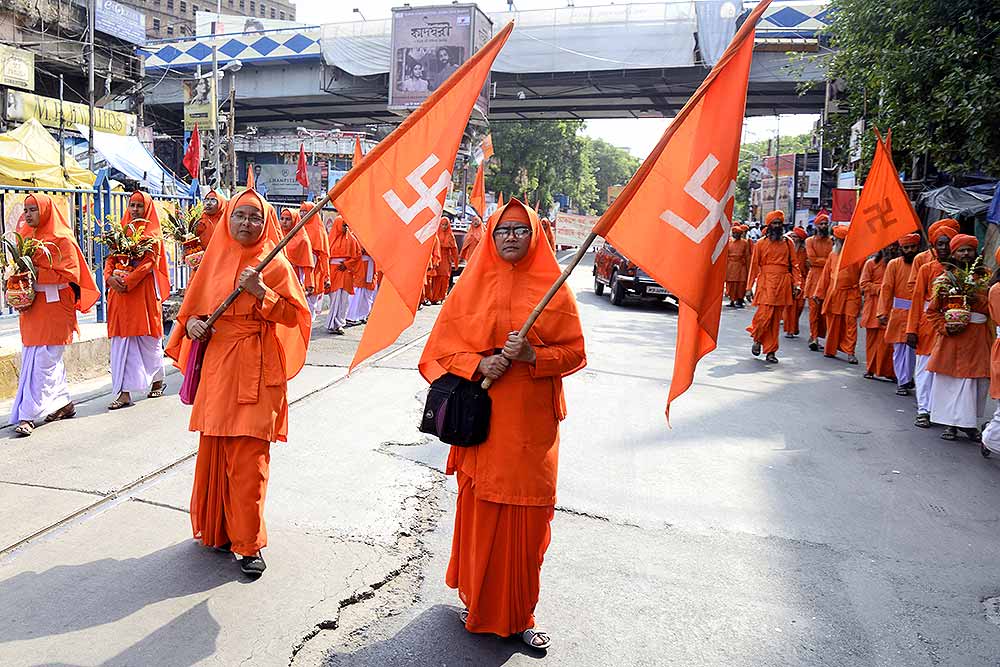 Ananda Margis
Cult Of Controversy In 1971, five Ananda Margis, including the founder, were charged with murder. Three others were jailed for attempting to murder the then CJI A.N. Ray.
Photograph by Getty Images
Dola Mitra August 31, 2017 00:00 IST A Scary Cort Of Bliss

Until the 1980s, all through the heyday of the spiritual organisation he founded, Prabhat Ranjan Sarkar’s impressive convoy of cars regularly charged through the streets of Calcutta in a show of godman power. Then there were the infamous skull marches by his followers, dressed in saffron robes and matching headgear, and carrying swords, sticks and, allegedly, human skulls. Sarkar was the founder of the Ananda Marg sect and an exemplar of the popular image of cultic behaviour with an edge of violence.

In the wake of Ram Rahim’s rape conviction, a few followers told Outlook that it would be wrong to draw any comparison between the rape convict and the founder of Ananda Marg. However, Sarkar, one of the most controversial gurus in India, had not just been accused of being a megalomaniacal and dictatorial leader to his devotees. He had also been charged with the murder of six of his former disciples. How he went from being a railway clerk who dabbled in amateur astrology to being a proclaimed reincarnation of god, with supporters across the globe, is a...