A Rough Road Via Kartarpur

Beyond the barbed wires, barbs fly between the Punjab CM and Sidhu 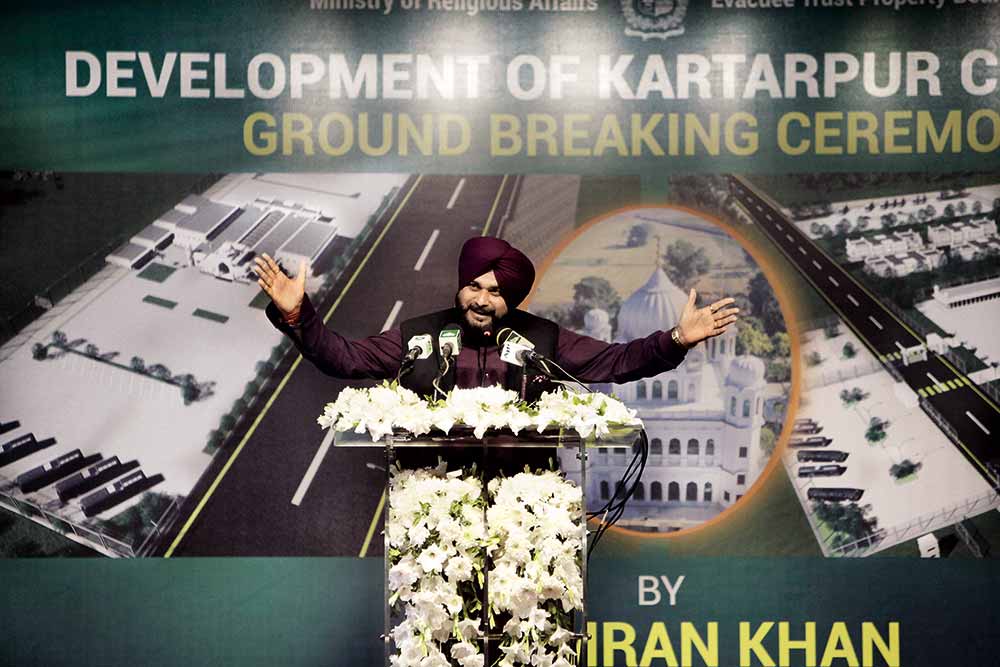 The Sikh shrine of Gurdwara Darbar Sahib in the Pakistani village of Kartarpur is just a shout away from across the heavily-guarded, barbed wire-fenced international border in Punjab. And if anybody is nursing a sore throat since two hostile neighbours decided to build a four-km, visa-less corridor between Kartarpur, the final resting place of Guru Nanak, and Dera Baba Nanak in Gurdaspur, it is state tourism minister Navjot Singh Sidhu. Well, not exactly from the “hope and peace” sermons he has been preaching over Kartarpur. For somebody ino­culated with the gift of nonstop gab, even his vocal cords gave up after addressing 70 consecutive poll-related rallies for the Congress in the run-up to the recent assembly polls in four states. But there is a pressing soreness that demands his urgent att­ention—a growing discomfort with the Captain.

Chief minister Captain Amarinder Singh is apparently miffed. He believes the Pakistani establishment, essentially the military, used his cabinet colleague to do its bidding without the...