A Roar For The Beyond 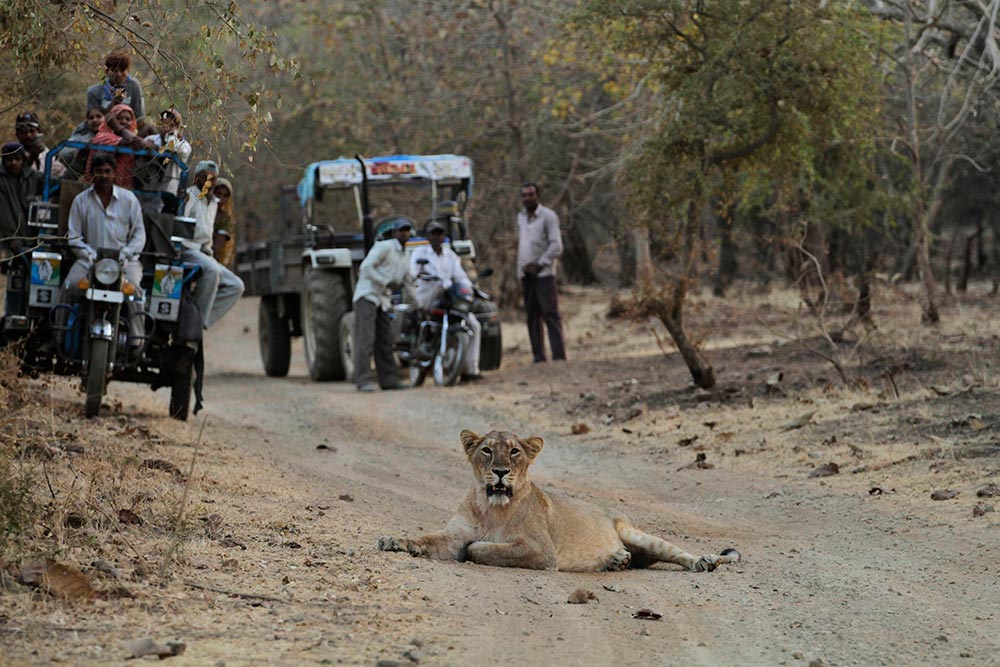 On The Road
Lions are a common sight on the roads near Gir
Photograph by AP
Mihir Srivastava June 02, 2016 00:00 IST A Roar For The Beyond

Lions turning man-eaters is not exactly your exclusive breaking news story. It’s the law of the jungle, after all, and operates in Gir as much as in other places. But other factors contribute equally, and in the Gir forests of Gujarat, home to the Asiatic lion, experts say, one of them is the refusal of Gujarat—home state of the prime minister—to relocate some of the lions to other national parks.

The lions in Gir are the only surviving population of the Asiatic lion. Over the years, this population has grown to 543. But there is a problem. At 1,412 sq km, the Gir National Park (GNP), which is their protected habitat, is too small for this population and supports too small a prey base for the predators. Experts residing in the area estimate that nearly half the lions in Gir now live outside the protected area, coming into conflict with human habitations or itinerants such as pilgrims to the temples in the forested region or passing traffic. Sighting a pride of lions crossing a highway or walking along a road not far from a village or town in the evening...