A Quick Visa To Nirvana

No rules exist in this game of spirituality. Fly and meet the yogi in his abode, where maximal joy is served out with a dash of Hindu mysticism he picked from India. 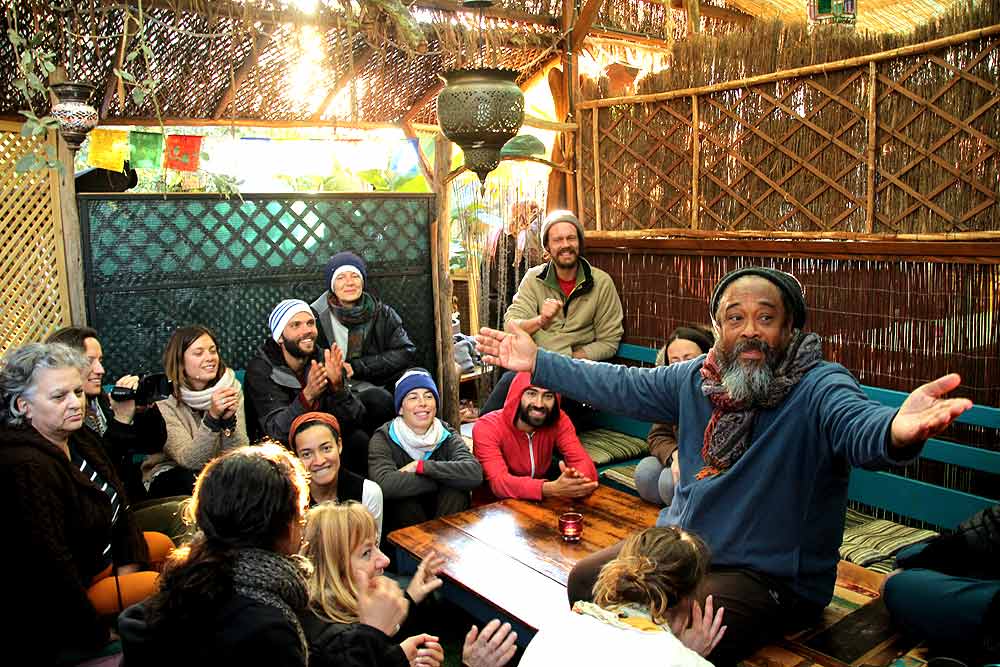 Open Hands
Mooji holds a satsang at his Lisbon ashram

There are many wayside stops on the road to nirvana. Balamuralikrishna Durairaj, a disciple of Jamaica-born Anthony Paul Moo-Young aka ‘Mooji’, is seated at one such stop, waiting for the phone call from the new-age advaita guru’s management. It’s for a transport to, well, not quite a state of heavenly bliss, but to the summery seaside haven in Lisbon. The international silent retreat at the Portugal capital is going to be an all-expenses-paid one. Making it on board requires a distinguished record of good deeds that Durairaj reckons he has, and loads of luck: it’s a bit of a karmic lottery, after all.

Disciples of other such spiritual orders aren’t quite leaving things to chance. For Niharika Pradhan, her guru Richard Alpert, rechristened as Guru Ram Dass after a spiritual journey to India, makes her world come alive in vivid technicolour with his talk of magic mushrooms and other such psychedelic substances. Alpert himself is quite a chromatically rich character: thrown out of Harvard, where he was a psychologist and psychedelic...