A Prayer Sent Out Loudly 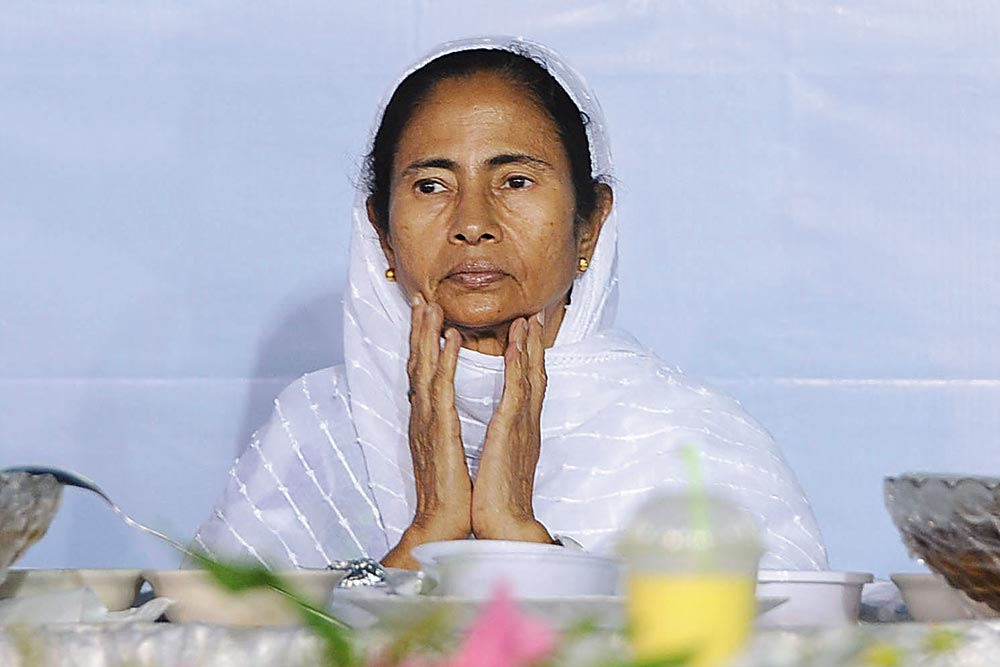 Of the long litany of complaints against West Bengal Chief Minister Mamata Banerjee, including her style of governance or the conduct of the ruling Trinamool Congress, the accusation of ‘app­­easement’ of Muslims—at a time the BJP is aggressively trying to expand its beachhead in the state—carries the greatest sting. Such allegations began with one of her earliest decisions, in 2012, a year after she came to power, to apportion a monthly honorarium of Rs 2,500 a month for each of Bengal’s 30,000 Imams out of tax-payers’ money. In February 2012, she had declared that Urdu would be given ‘second language status’ after Bengali, and during a religious meet later that year had ann­ounced plans to introduce a scheme in which “landless, homeless” Imams would be eligible for three kottahs (one kottah is 720 square feet) of land each to construct a house, which would be funded by the government. Since then, other fiats by Mamata, like the ann­oun­cement that 10,000 madrasas would be affiliated to the...