My book was not just on the military, but Pakistan's entire power elite 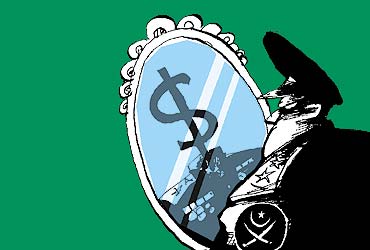 outlookindia.com
-0001-11-30T00:00:00+05:53
Have I written a political pornography or a Mills & Boon? It's the first question which came to my mind after I found myself in the middle of a storm in a teacup over the publication of my book, Military Inc: Inside Pakistan's Military Economy. The uproar has made me both sad and excited. Sad, because most commentators are trying to draw their own conclusions without having grasped the basic argument of my book. Many have not even read the book; those who have are focusing on its least important argument. Yet I'm excited by the fact that the book has got serving and retired military officers with varied ideological positions on a single forum-- to prove that my book is just a pack of lies meant to malign the armed forces.

My book wasn't meant to be a treatise against the military; rather, it was an effort to understand the larger problem of lack of democracy in Pakistan. In doing so, I moved away from the traditional analysis on political economy and tried to understand the military's economy which seems to not only have expanded but...