A Plot From The Devil's Lair 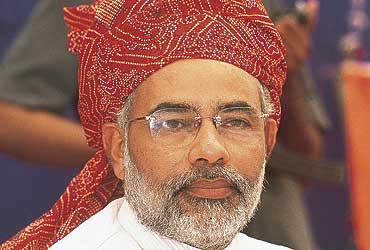 outlookindia.com
-0001-11-30T00:00:00+05:53
What exactly happened on the night of February 27 in chief minister Narendra Modi's bungalow in Gandhinagar? All along there have been rumours of a late-evening meeting called by Modi on the day of the Godhra carnage in which he instructed senior police officials to allow "people to vent their frustration" over the torching of two coaches of the Sabarmati Express during the VHP bandh the following day.

These rumours have now been confirmed. Information with Outlook shows that a senior minister from his own cabinet has blown the whistle on Modi. Last week, the minister deposed before the Concerned Citizens Tribunal headed by former Supreme Court judge Justice Krishna Iyer. The nine-member tribunal comprising former judges and other eminent citizens was in Gujarat to record evidence on who or what may have caused the Gujarat carnage.

Former Bombay High Court judge Justice Hosbet Suresh, who is on the Concerned Citizens panel and who also heard the deposition, confirms that the minister did depose before him. He told Outlook: "Yes, a senior minister appeared...