A PG Diploma In Social Engineering

Managerial to the dot, or not exactly? The relayed message is: perform­, and don’t mess with Modi. But beneath, it’s mostly caste and khaki. 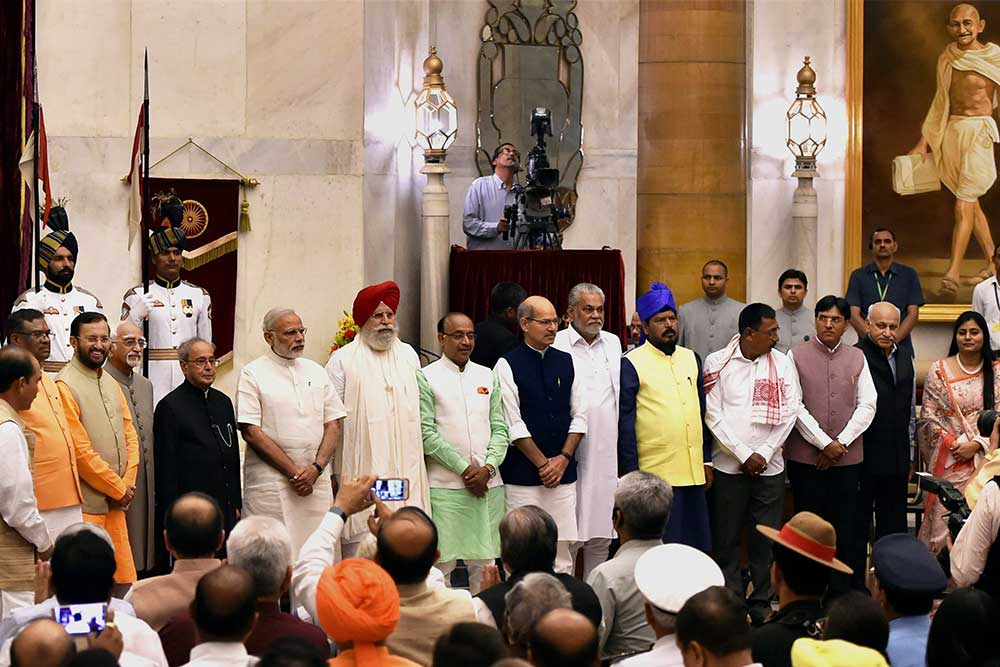 Shuffled Up
The rejig brought 19 new faces into the council of ministers
Photograph by PTI
Bula Devi July 08, 2016 00:00 IST A PG Diploma In Social Engineering

A delightful story doing the rounds in Lutyens’ Delhi says a lot about politics in the nat­ional capital. In the initial list of MPs to be inducted into the ministry, it seems, the name of C.R. Chaudhary from Rajasthan did not figure. But once the list was leaked, BJP circles pointed out that P.P. Chaudhary, a Supreme Court advocate from Rajasthan whose name was on the list, was not, in fact, a Jat; he belonged to a commun­ity known as Seervi. That was when the other Chaudhary, a Jat, was hurriedly added to the list. Apocryphal or not, the story takes away some of the shine from the carefully orchestrated ‘stories’ about the managerial precision with which the Narendra Modi and Amit Shah carried out the ministerial reshuffle.

According to these reports, the duo spent hours over performance audit rep­orts of ministers and potential ministers before vetting the names. The reshuffle was done with “clinical ruthlessness”, writes Pratap Bhanu Mehta in The Indian Express. Other commentators said the rejig sent out two messages:...