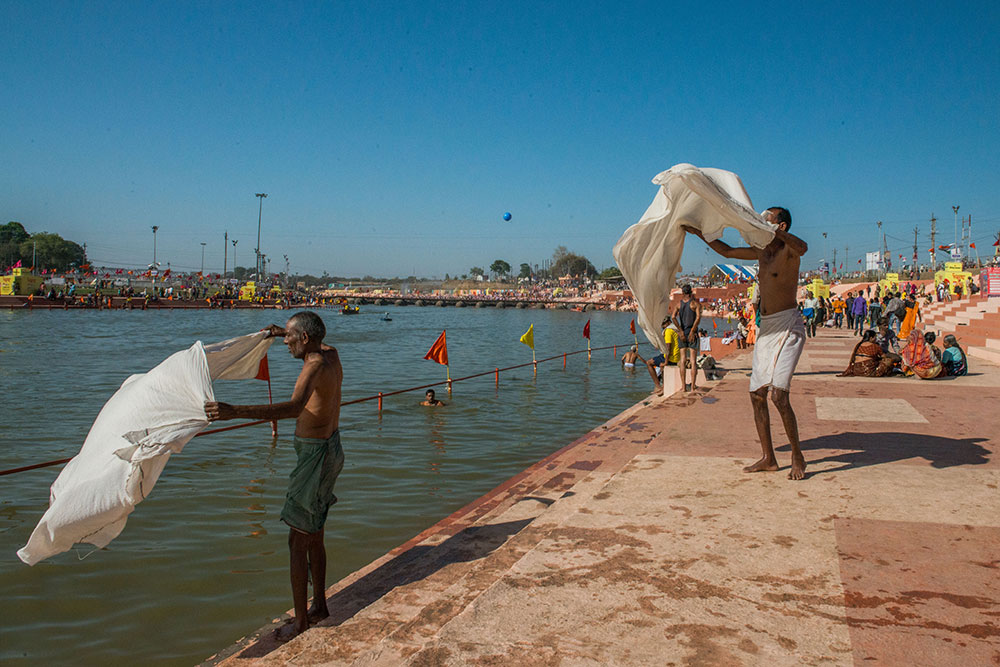 By The Shipra
Holy men taking the ritual bath at the Simhastha Kumbh
Photograph by AP
K.S. Shaini May 05, 2016 00:00 IST A Not-Too-Many Mela

Where Are  The Crowds?

Usha Soni, one of just six passengers in one of the 70-seater coaches of the 00208 Bhopal-Ujjain Mela Special, is manifestly happy as the train departs from Bhopal. She isn’t even travelling to Ujjain for the mela, just to an intermediate station to visit her ailing father-in-law. “Someone told me it would be easy to get a seat on this train,” she says.

The 12-coach train, one of four such mela specials, operates daily between Bhopal and Ujjain, where the Mahakaal temple is locacted and the Simhastha Kumbh is now being held. But the passengers remain elusive. It’s more or less the same story with the 2,190 special trains brought in to cater to the “huge rush” of devotees. The rush is largely invisible and the railways is expected to...