The riots tribunal admits Haren Pandya had deposed before it 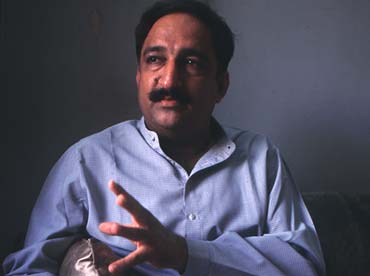 "My son's death was a planned, political murder...it must be reinvestigated."
—Vithal Pandya, father of the late Haren Pandya, former Gujarat revenue minister, to Outlook on November 7, 2007

Dead men tell many tales, particularly a man who had in his time claimed that he would be killed for speaking out. And indeed is murdered later. In a sense, Haren Pandya's taped interview with Outlook in August '02 proved prophetic. Last week, we released excerpts from the recording in which Pandya confirmed a meeting Narendra Modi had with some cabinet colleagues, senior police officials and bureaucrats on the night of February 27, '02, just after the Godhra train incident. At the meeting, he was said to have instructed them to "allow people to vent their anger and not come in the way of a Hindu backlash". While relating, Pandya had asked that his identity not be revealed, saying "I will be killed". He was...