A Midnight Meeting On Feb 27 And A Murdered Minister

Haren Pandya knew he'd be killed if Outlook said it was he who told us of Modi's instigation of the '02 riots. He was killed anyway. 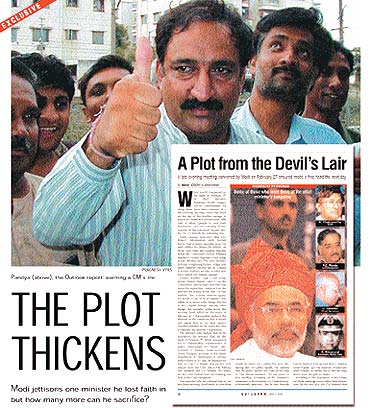 outlookindia.com
-0001-11-30T00:00:00+05:53
In May 2002, less than three months after the Gujarat riots, Haren Pandya, then revenue minister in the Narendra Modi government, made a startling revelation to Outlook. He told the magazine (Jun 3, 2002) that on the night of February 27, Narendra Modi held a meeting at his official bungalow in which he specifically instructed bureaucrats and senior police officers, including Ahmedabad police commissioner P.C. Pande, to allow "people to vent their frustration and not come in the way of the Hindu backlash". The VHP had announced a statewide bandh on February 28 to protest the torching of the two bogies of the Sabarmati Express at Godhra which killed 59 persons, including kar sevaks, the previous day.

Pandya's disclosure to Outlook kicked up a storm. It was for the first time that charges were being levelled directly implicating Narendra Modi for his role in the riots that claimed over a thousand victims, mostly Muslims. At that point,...