A Life Defined By Fierce Agitations 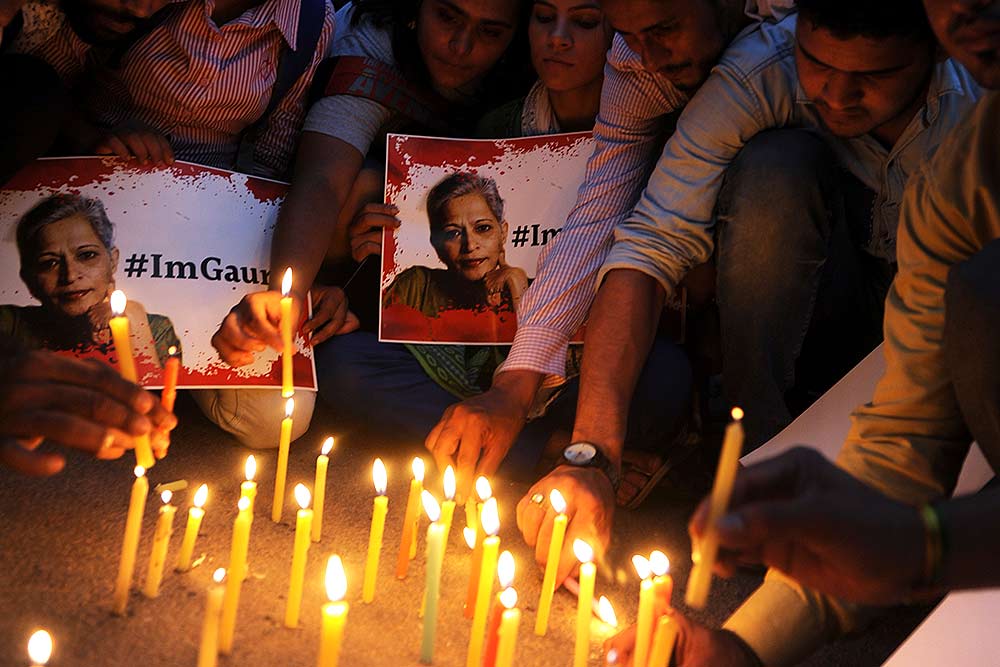 Gauri Lankesh belonged to a generation of young people who came into journalism in the 1980s when the press, mostly under a new crop of editors, was celebrating its freedom re-won after the Emergency that had forced it to go into subservience. She honed her skills, reporting on Karnataka developments for the English-language media. In the fullness of time, as most of her contemporaries settled down comfortably as upholders of the Establishment, Gauri metamorphosed into a restless, doughty anti-Establishment warrior.

The transformation of the scribe into an activist came into full view as Gauri switched to Kannada journalism on the death of her father, P. Lankesh, in 2000. He was a multifaceted personality and the founder-editor of the popular weekly Lankesh Patrike, whose conduct as a fighting paper blazed a new trail in Kannada journalism. Without leaving room for advertisers to dictate his agenda, Lankesh carved a niche role for his 1980-founded journal by vigorously championing the cause of the weak and the downtrodden, particularly the Dalits, peasants and...