A Latter-Day Torch To Be Borne With Care

In this inaugural Vinod Mehta Memorial Lecture, Pulitzer Prize-winning journalist Steve Coll talks about the origins, uses, abuses, trials and triumphs of free, fair and investigative modern journalism as the world knows it 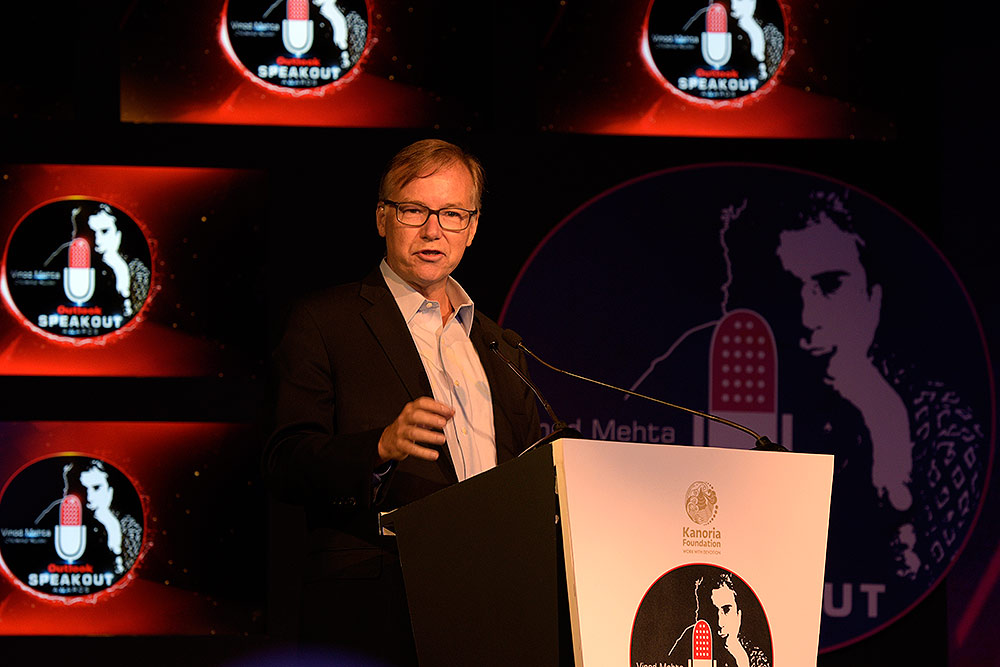 Thanks to everyone at the Outlook Group for having me here. I always relished an occasion to come back to Delhi. I really enjoyed re-reading Vinod Mehta’s work in preparing for this. It is a great honour to be selected to deliver the first lecture in his memory. I don’t know how many of you have had a chance to read his memoir, Lucknow Boy, but I recommend it. It has a certain admirable character about it. He is not full of himself. He is full of humour, full of life, full of curiosity, very conversational, very accessible and that I think is sometimes what it takes to reach audiences. His sensibility was on the other hand quite a serious one—very devoted to public interest journalism and all of us outside India admire Outlook as an exemplar of the very best journalism in this country.

I lived here for three years in Vasant Vihar as the Washington Post correspondent between 1989 and 1992. It was a time of considerable change in Indian politics. I think I covered four governments in three years. I may be one of the few...