A Lament Runs Through It

This socio-historical travel along the Indus's entire length is anchored in grittiness, and marred by persistent wonder 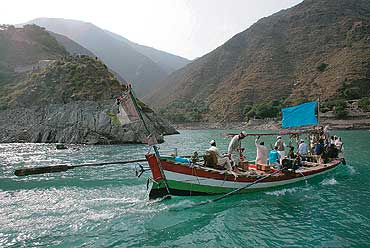 outlookindia.com
-0001-11-30T00:00:00+05:53
Till a few years back, when the ceasefire had not given birth to an uneasy peace along the Line of Control, military commanders in Kashmir used to say that there was one weapon mightier than their entire arsenal—if only they were allowed to deploy it.

That weapon was water.

The sprawling Indus river basin spreads out on both sides of the border, unmindful of politics. Three of its six rivers flow outwards from India into Pakistan. India has the frightening power to leave Pakistan arid. But apart from a diversion of water in 1948, the Indus Water Treaty, dividing the six streams on either side, has survived three wars.

Even during the Kargil conflict of 1999, when the military contemplated crossing the border, India did not turn off the taps. But a British historian, for whom home was a barsati in Delhi, was intrigued by the depth of anger against Pakistan. As Alice Albinia would tell a Pakistani soldier later, "Nobody liked Pakistan in those days. I think that’s one of the reasons I wanted to come here." As she dreamt of...