A Knight Rode The Columns 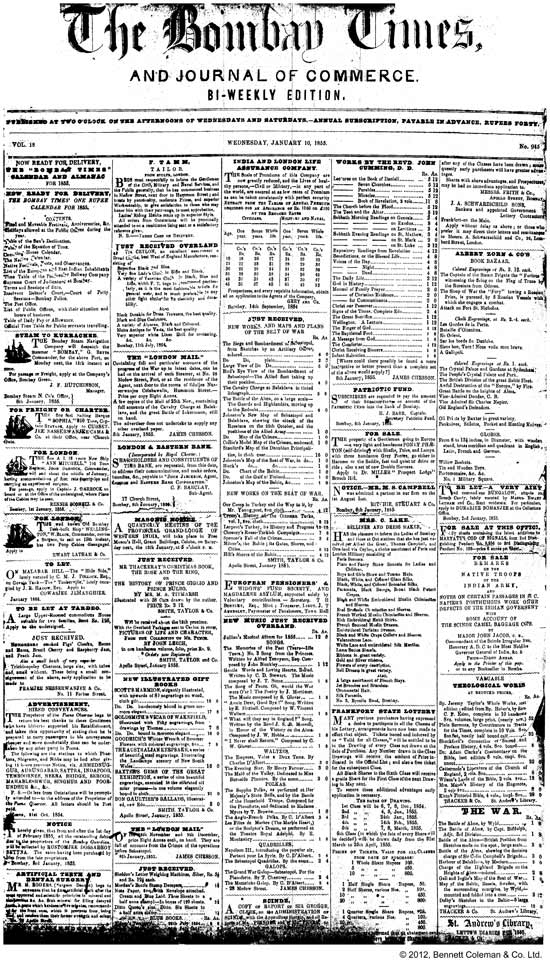 In 1855, at the age of seventeen, The Times of India was not yet known by that name, which it acquired only six years later—on May 18, 1861, when The Bombay Times and Journal of Commerce, established on November 3, 1838, merged with two other local publications. Historians of the press have quibbled about the paper’s exact date of birth. However, in a country that takes reincarnation with utmost seriousness and regards all avatars worthy of equal respect, it is small wonder that the paper itself has preferred to stick to the date of its genesis.

Another factor, a decidedly mundane one, explains why The Times of India is well within its rights to declare 1838 as the year that marked the beginning of its remarkable trajectory. What provided both an editorial and managerial continuity between The Bombay Times and Journal of Commerce and The Times of India is the endeavour of one individual, Robert Knight, one of the most inspiring figures in Indian journalism during the 19th century.