A Kalam For An Ansari?

With Congress on a complete backfoot, Kalam will be back in the reckoning 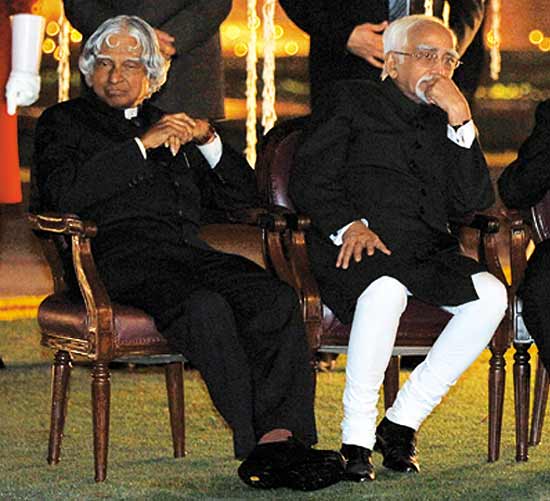 The knives are out for UPA after the poll debacle. Outlook has learnt from well-placed sources about a plan to corner the government over the presidential polls with the candidature of A.P.J. Abdul Kalam, who graced the office from 2002 to 2007. This project is being mooted by key regional parties and backed by influential lobbies. By floating and then backing Kalam’s name, the plan seeks to embarrass the UPA and to counter the candidacy of vice-president Hamid Ansari with another Muslim.

Even before the assembly poll results were declared on March 6, sources reveal that Mamata Banerjee had informed the top UPA-II leadership that she did not want Pratibha Patil to get a second term, nor did she support vice-president Ansari being elevated to the post. In Mamata’s view, Ansari is “too close to Left parties”. However, since she wanted to back a Muslim, her suggestion was, why not again promote Abdul Kalam for the post?

The Congress, meanwhile, had long given up on the plan of backing a veteran...