A Gladiator In The Space-Ring

From Sarabhai as boss to an espionage case, Nambi Narayanan’s tale is also ISRO’s story 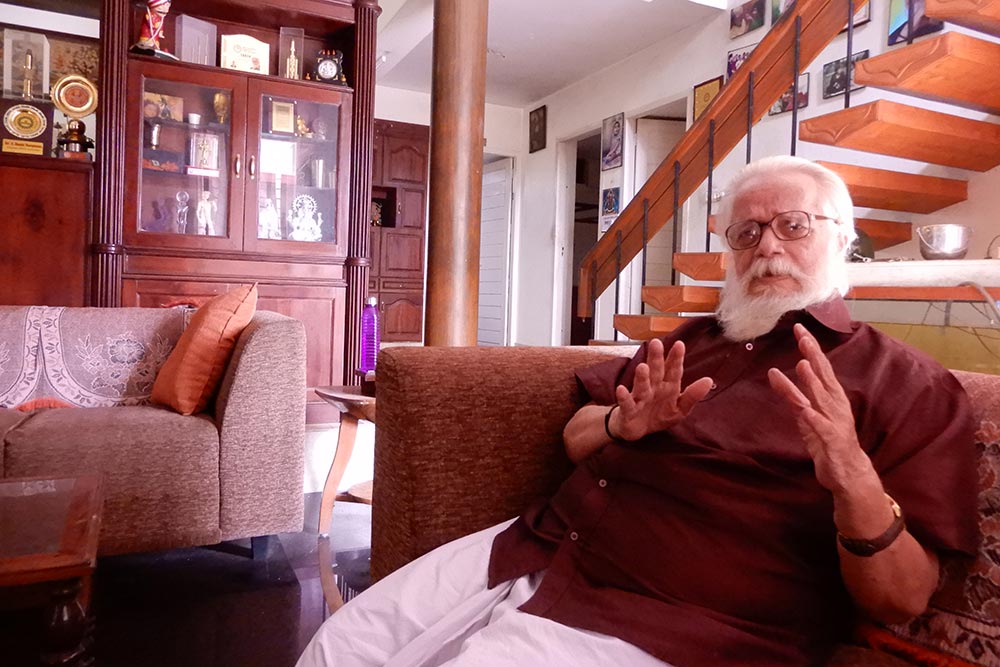 On October 20, 1994, two Maldivian women were arrested by the Kerala Police for overstaying in India. Their phone records showed they had contacted D. Sasikumar of the Indian Space Res­earch Organisation (ISRO), kicking off the biggest spy scandal in Kerala. The suspects were tortured in custody and compelled to name the then Inspector-General of Police Raman Srivastava (who later became Kerala DGP) and ISRO scientist Nambi Narayanan. It was alleged that Srivastava was the kingpin of a spy ring that had deep access to ISRO.

Cut to 1966. The Indian space programme is in its nascent stage. Five scientists under Dr A.P.J. Abdul Kalam crowd around three tables, in an inconspicuous room in the Thumba Equatorial Rocket Launching Station (TERLS) in Kerala. Four years ago, the St Mary Magdalene’s Church, the Bishop House and adjoining properties on the ocean front in Pallithura village were transferred to TERLS for their use. TERLS used to launch sounding rockets then, all acquired from the US and France. Nambi Narayanan, a 24-year-old fresh out of engineering college,...