A Gambit Against Black

Stability will return, but not too soon: that’s the economists’ prognosis 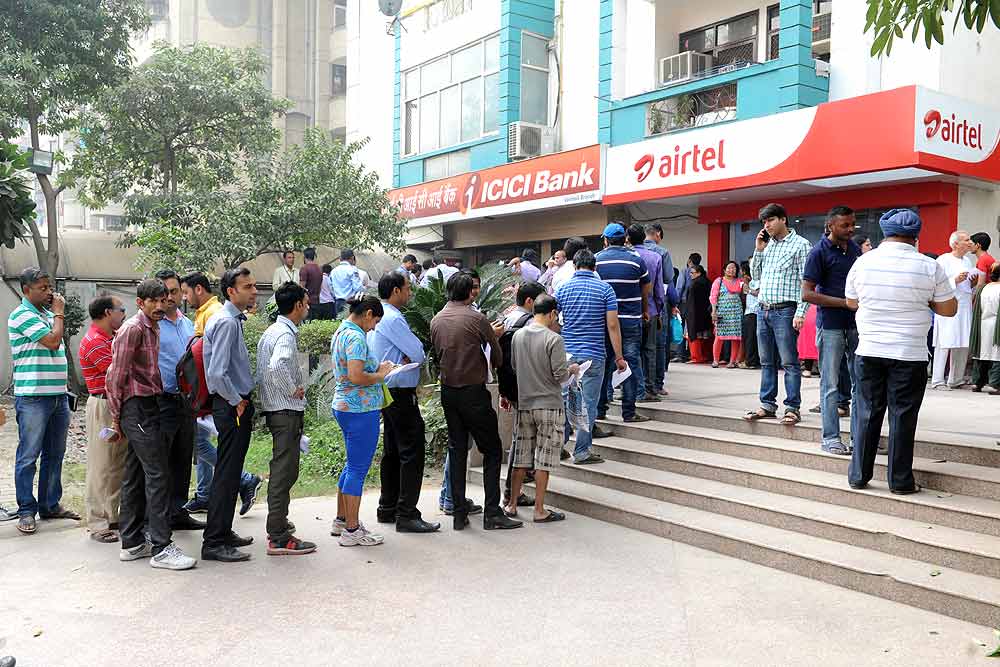 The Nation Waits For ‘Change’
A queue outside a bank in Ghaziabad
Photograph by Tribhuvan Tiwari
Arindam Mukherjee November 11, 2016 00:00 IST A Gambit Against Black

Despite the euphoria over PM Nar­endra Modi’s move to demo­n­­et­ise Rs 500 and Rs 1,000 currency notes, opinion is divided over the outcome. While there is a consensus that it will ­affect sectors like real estate and the dem­and for gold, economists are not convinced that the move is enough to rein in black money, one of its primary objectives. “Demonetisation won’t have the ultimate effect on black money. It’s just one of the things the government can do,” says Shashanka Bhide, economist and director, Madras Institute of Development Studies. “A number of other things need to be done, including better tax administration as most of the black money goes through the leakages there. We need to expand the tax base and make tax collection more efficient.”

Many economists also think the impact may not be as expected—and could be much smaller—as there are other avenues of black money. According to economist Ajay Shah, it will not be correct to equate corruption and tax evasion with physical cash....