A Free Vote For The Lady Of Liberty? 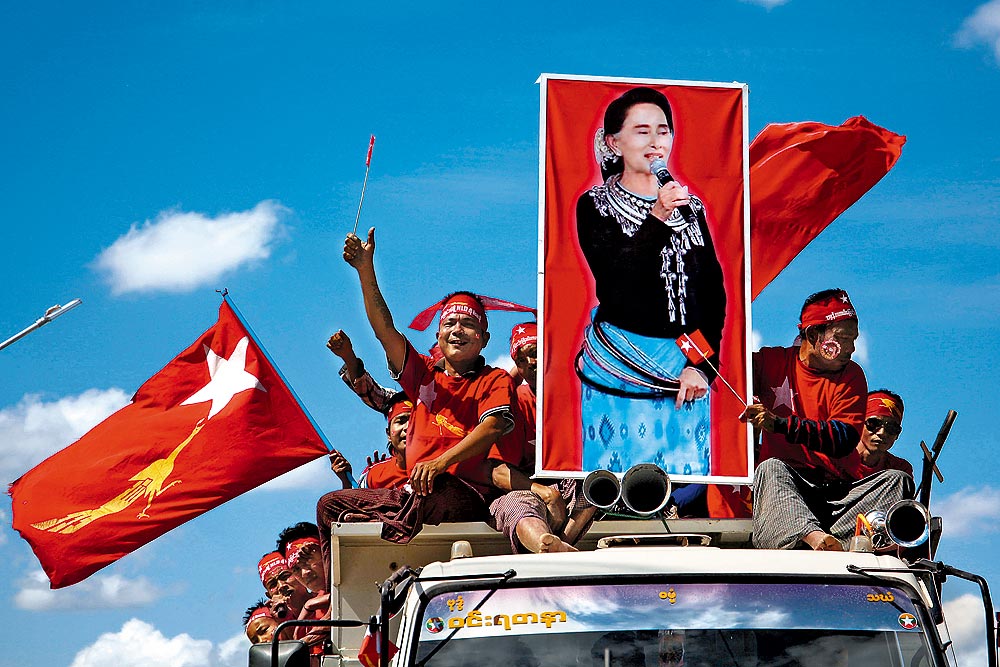 Now in the final few days of the election campaign in Myanmar, who will win the fight to control the country’s future and who will emerge as the president after the polls on Sunday are big question marks. Although there are 93 parties contesting these elections, the real battle is clearly between the hugely popular National League for Democracy (NLD) and its charismatic leader Aung San Suu Kyi and the ruling Union Solidarity and Development Party (USDP) nominally led by the current President, Thein Sein.

Here in the commercial capital, there seems to be only one visible party—the NLD. Last weekend tens of thousands of...