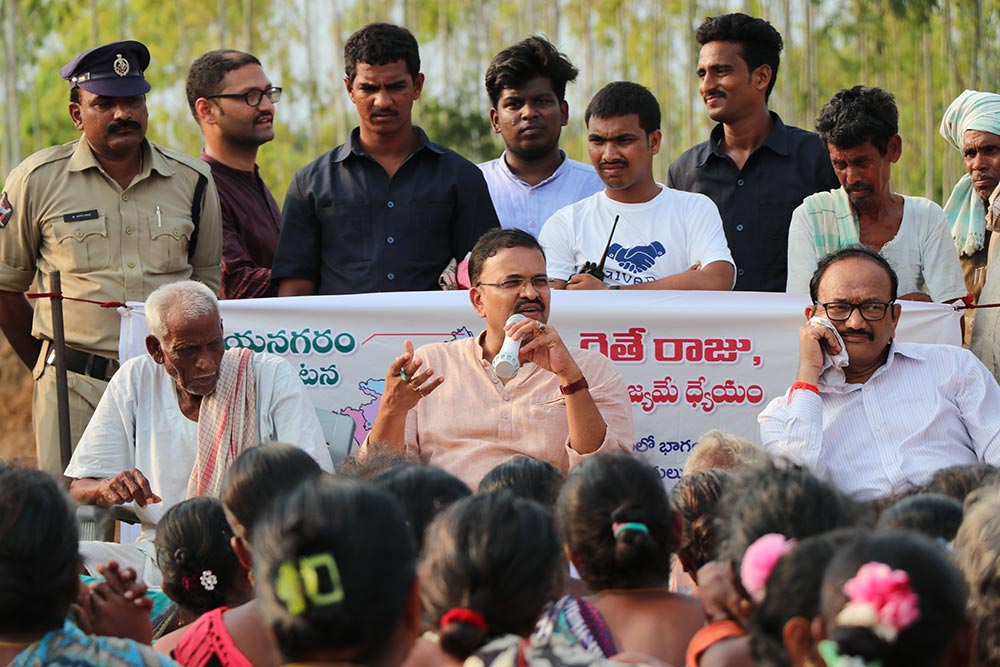 V.V. Lakshminarayana’s headline-grabbing moment came a few years ago. As the then CBI joint director, Lakshminara­yana had arrested Y.S. Jaganmohan Reddy, now leader of Opposition in the Andhra Pradesh Assembly, over several corruption cases. That was during the UPA’s second term. Much water has flown down the God­avari and the former CBI sleuth now seems poised to change sides and dive headlong into politics.

The news of bureaucrats—some with squeaky clean images—entering ­politics invariably piques much curiosity, more so in Andhra where another former IAS officer Jayaprakash Narayan had floated the Lok Satta Party to fight corruption in 2009, but failed to make a mark against the TDP. And like Narayan, Lakshminarayana too has left a secure job to try his hand at politics, ahead of the general elections due next year. Lakshminarayana, known for his focus on political corruption, probity in public life, accountability and ­transparency in administration, has handled several high-profile cases, inc­luding the Obulapuram mining...