A Footballer Shifts His Goalposts

A police strategy built around rehabilitation leads some young militants to rejoin their family. Can it stem the tide? 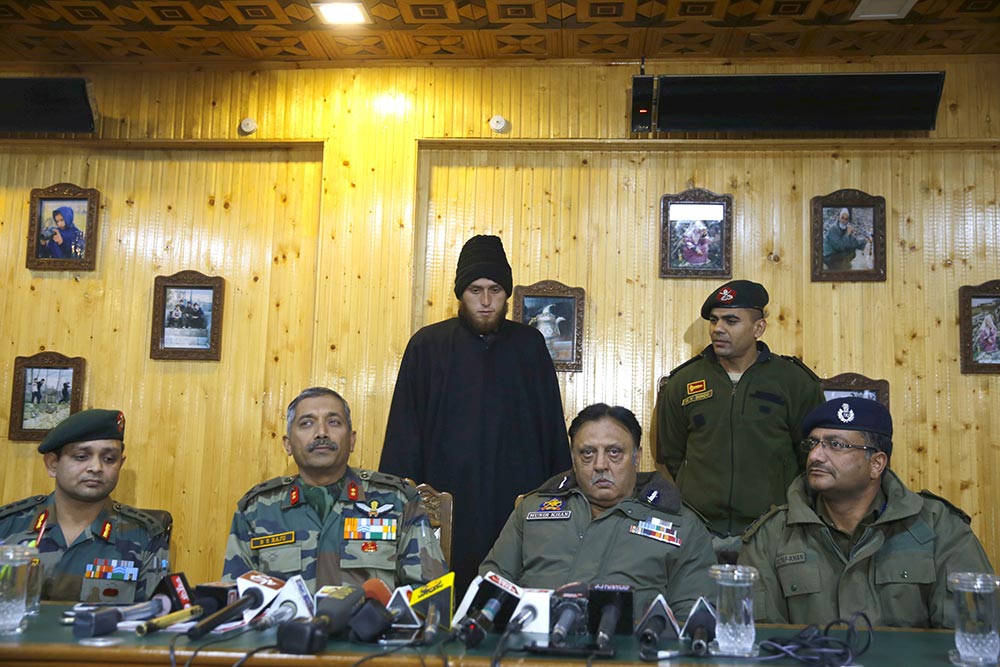 Young footballer Majid Khan realised within days of his joining the Lashkar-e-Toiba that militancy isn’t the field suited for him. On November 17, the striking-looking college student retu­rned to his Anantnag town in south Kashmir, much to the joy of his household—especially his mother Ayesha, whose passionate appeal (in a video which went viral) had prompted the 20-year-old to quit the outfit engaged in attacking army and civilian targets.

That is only one part of the story, though. Its happy end is also the result of a new strategy by the J&K Police, which is keen to create an atmosphere where the youths who stray into militancy feel safe enough—even eager—to return. The cops would, far from acting against them, facilitate their rejoining the social mainstream.

Thus Majid, as a district-level goalkeeper, is set to resume his leisure-­time position under the crossbar. Far away in Bandipora district, that prospect makes Abdul Hameed Mir strangely happy. It’s not that the middle-aged pharmacist in Hajin is related to...