A Foot In The Maw Of Perdition

Lives lost, cattle killed, homes and livelihoods destroyed—traumatised villagers along the LoC and the border raise the demand for relocation 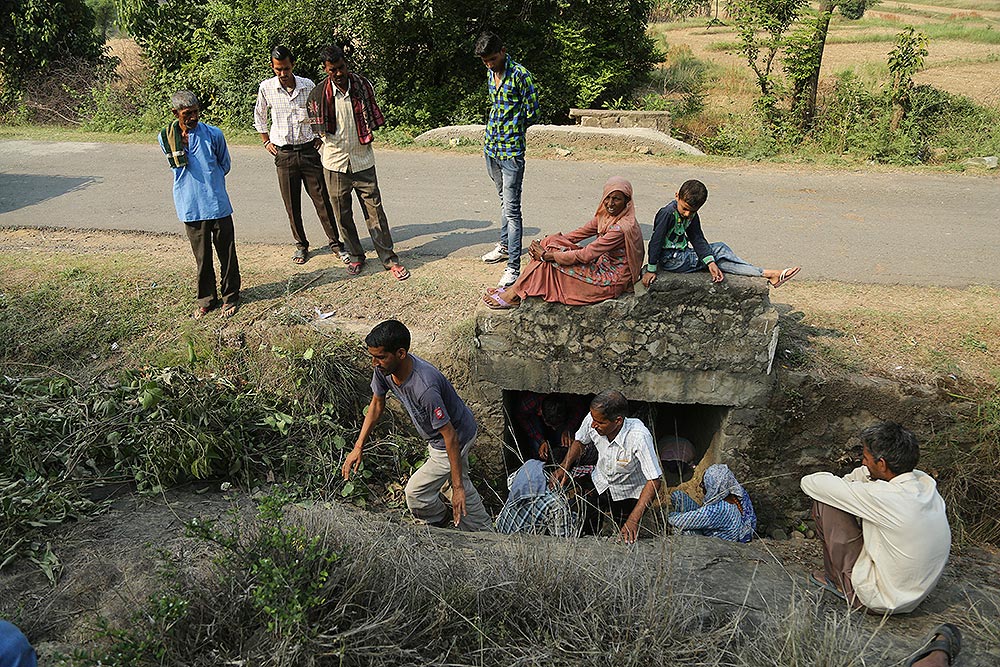 Homeless
Villagers from Jhanghar, Nowshera, take shelter under a culvert after being under mortar attack
Photograph by AP
Bharat Bhushan March 08, 2018 00:00 IST A Foot In The Maw Of Perdition

While the government in New Delhi talks tough about pounding Pakistan across the border for its terrorist activities in Jammu and Kashmir, the people caught in the crossfire have a different message for Prime Minister Narendra Modi.

“By all means, give munh tod jawab (jaw-breaking reply) to Pakistan, but please do it from Delhi or Mumbai. Why should we pay the price?” asks Sukhdev Singh, sarpanch of Ganiah village on the Line of Control (LoC) in Nowshera.

There are 23 villages of the Nowshera subdivision of Rajouri district that are adjacent to the LoC. With a population of around 25,000, these villages live in constant fear of being hit by mortar shells and sniper fire—and, of late, by artillery shells.

From Ganiah village, just 1.5 km from the LoC, one can clearly see the Indian border post on a hilltop opposite. Mortar shells which miss the Indian army post hit the village, sending villagers rushing into the seven bunkers that the government has built for them.

“We mostly get mortar shells and 120mm artillery gun...