A Flame Beneath The Ground 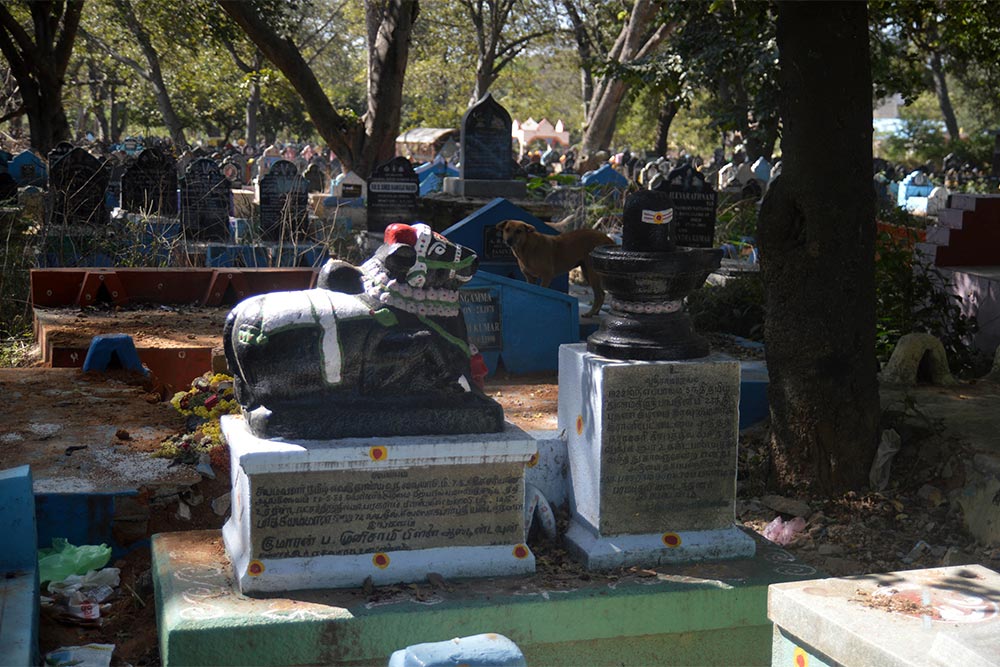 Nandis & Lingas
A Hindu cemetery in the high-tech city of Bangalore
Photograph by Kashif Masood
Ajay Sukumaran January 12, 2017 00:00 IST A Flame Beneath The Ground

The other day, a colourful blogpost by an American expatriate started to gain traction all of a sudden among readers. Its light, cheery bits of prose, embellished with a series of sun-dappled photographs, would have helped. For, the topic itself was rather morbid: a Hindu burial ground in Bangalore. Yes, you heard it right. A Hindu burial ground! Complete with tombstones in vivid hues, epitaphs in cursive Kannada, Nandi bulls and shivalingams, even busts of the departed.

It would be with a frisson of shock that most Indians receive news of even the existence of such a thing. After all, speak of a Hindu funeral, and the picture that comes to mind is of the pyre, the burning ghats. Don’t these funerary practices—the antyeshti, the lighting of the pyre, the immersing of ashes in a holy river—seem to go right to the heart of what defines a ‘Hindu’, in an emblematic way? One of the things that separate the ‘Hindu’ from the ‘Other’ in popular consciousness? And yet, the more you wade into these dark waters, the more you...