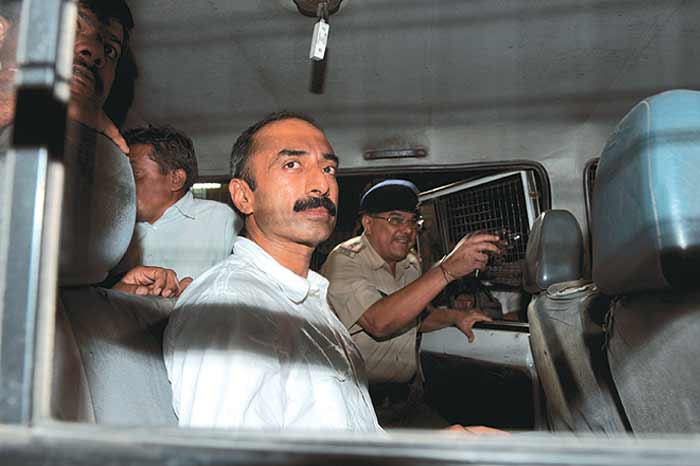 Sanjiv Bhatt, an IPS officer of Gujarat who is now under arrest, insists he was present at a February 27, 2002, meeting during which chief minister Narendra Modi instructed senior police officers not to check Hindu mobs thirsting for revenge for the previous day’s Godhra train carnage. Bhatt’s official driver had supported that statement, saying he had driven his boss to the meeting, but he retracted later and lodged a complaint that Bhatt had forced him to say that. Without bothering to establish the truth, the state arrested Bhatt.

There is no denying that an urgently summoned meeting was held at the chief minister’s office or residence on the evening of February 27. Under the circumstances obtaining from the train carnage, such a meeting was a must. And even if Bhatt was not invited into the room when Modi addressed the chief secretary, the home secretary, the DGP and the police commissioner of Ahmedabad, I’m sure that, in his capacity as a senior intelligence officer, he would have accompanied the DGP to the...