A Few Chapters From Follywood

Uninspired, unoriginal, sans cogent argument, this is anything but a comprehensive history of Bollywood. 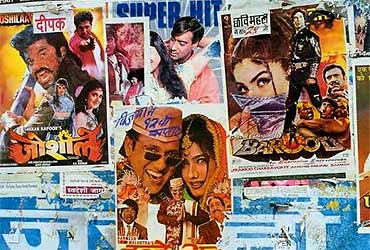 In the closing pages of his book, Mihir Bose tells the story of being taken by a publicist to meet Karan Johar. The publicist, we’re told, was a young and pretty female. Upon hearing that Bose was writing a history of Bollywood, she asked him, "What is your angle?"

Bose reports, "When I said it was just a narrative history, she looked vacant." I’ve just finished reading Bollywood: A History, and I’m not at all looking vacant. In fact, almost from page one, I have maintained a fixed look of irritation.

There will be some that will say that this so-called history holds the proper mirror to its subject. After all, the book is shallow, derivative, too long, and insufferably tedious.

But such judgement would be unduly cynical. Hindi films differ enormously from each other. Countless wretched movies have been made, of course, and, through the ages, also many brilliant ones. The existence and growth of Hindi films across nearly a century doesn’t lend itself to easy...